The estimated reading time for this post is 177 seconds

I discovered The X-Files at college. I had just purchased a Casio TV with a screen the size of a postage stamp from a pawn shop in Huddersfield. I bought a power block from Argos to save on batteries. The internet was only available for me during college time, so destination TV was a thing. I would tune in without-fail to watch the show. 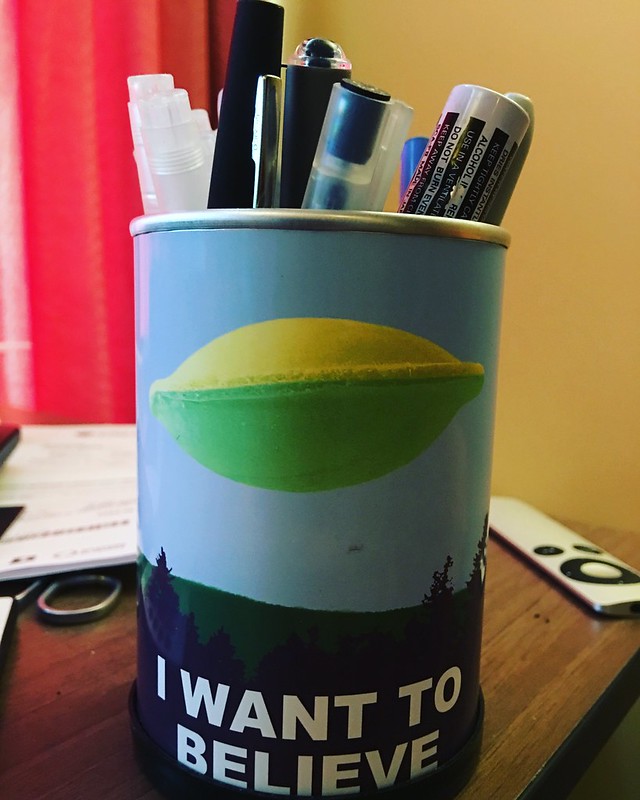 The X-Files was of a time and a place. The Berlin Wall had just come down and the military industrial complex still existed. It existed without a wider purpose. The Thatcher years seemed petty with aspirations for authoritarianism at the time; in the way that Teresa May does now. Area 51  was the home of stealth planes, and so wrapped in mystery. Nuclear annihilation was as much a part of society as terrorism is now.

The six episode relaunch caused me to revisit the show. It was interesting to see who it felt current and still had changed. Mulder and Scully used mobile phones, email, the internet and databases. From a technical point-of-view it feels current. Although Mulder and Scully should count their blessings for not living in our always-on connected world. Japanese technological skill now feels off-key. Whilst Japan is still very technically advanced, it doesn’t feel like the technological titan it seemed to represent in the 1980s.

China was still in the early stages of opening up and had yet been let into the WTO. The latest gadgetry was instead being made in Malaysia, Singapore, Taiwan and Japan.

The use of optical media was interesting. I still prefer the quality of audio CDs over streamed music or MP3 downloads.

The authors understanding of technology and the online world is much more muddied. AOL would have been a thing in the US. Al Gore and Bill Gates would have talked about the information superhighway and cyberpunk had made a huge impact on culture. Series 7 episode First Person Shooter muddles online computer gaming, virtual worlds and reality and feels like it was written by William Gibson whilst extremely drunk.

The storytelling definitely hit a low in series 6. Series 7 saw some interesting series mash-ups and changes:

The Lone Gunmen seem quite niave and childish in their quest for the truth. There was a failed effort to crack a Las Vegas convention where banal details of black ops were discussed over poker. It would be interesting to see what they would look like in a post-Snowden world.

Series 8 seems to be a self conscious effort to re-inject tension into the franchise. Robert Patrick joins as a by-the-book FBI agent dealing with shape-shifting bounty  hunter aliens. This is an interesting juxtaposition as he was previously best known for his role as the liquid metal policeman T-1000 from Terminator 2: Judgement Day. In this series it was Mulder’s turn to get abducted by aliens.

The Truth Is Out There was the oft-repeated mission statement in the show. Now it really is out in public and profoundly depressing. Despite this, I found re-watching the first five series of The X-Files very rewarding.