The Panama Papers are 2.6 TB worth of documents provided to German paper Sueddeutsche Zeitung by an anonymous source in August 2015. The documents cover 40 years of work by a Panamanian corporate law firm Mossack Fonseca on behalf of clients around the world.

The documents detail corporate services provided to the rich and powerful around the world. The first stories from the data trove were published on April 3, 2016 with more expected by early May 2016.

Many of the stories within the trove of information is likely to be never told. This is due to the vast volume of data provided. It would still need to be interpreted and mapped out into a story. That story would then need to go through legal review at a media outlet. 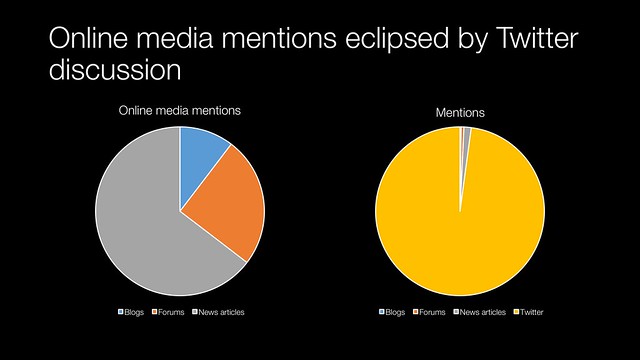 Looking at social media listening services we can see how the story rolled out online.

Forums gave an early ‘canary in the coal mine’ for the story, a day before the story broke.  But it was Twitter that provided a massive accelerant. Twitter’s audience belies the platforms size versus Facebook. It is one of the few platforms that provides data like this for a price.

The challenge for Twitter is monetising the power that they have in a way that will satisfy shareholders. 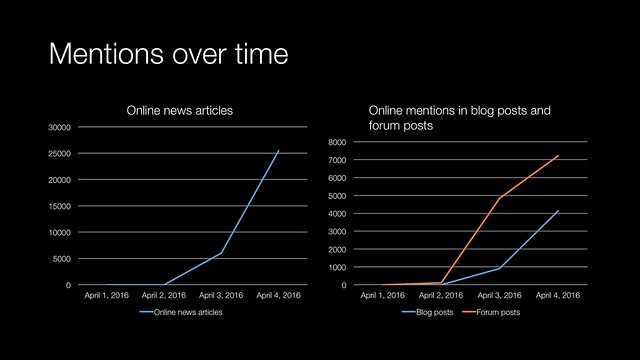 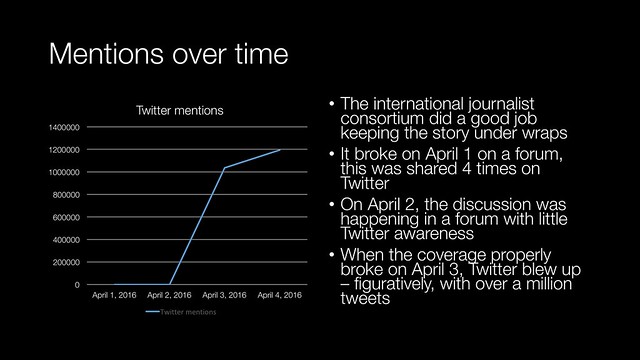 A secondary effect of the Panama Papers story was the way the story cemented Edward Snowden’s place as a media brand. His media brand specialises in privacy and transparency – he was the most retweeted commentator in the first 24 hours of the story being out there. 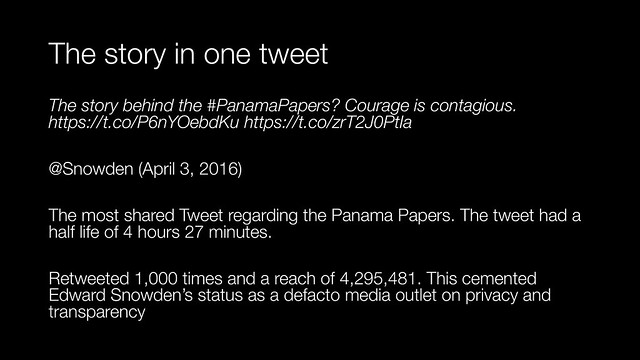 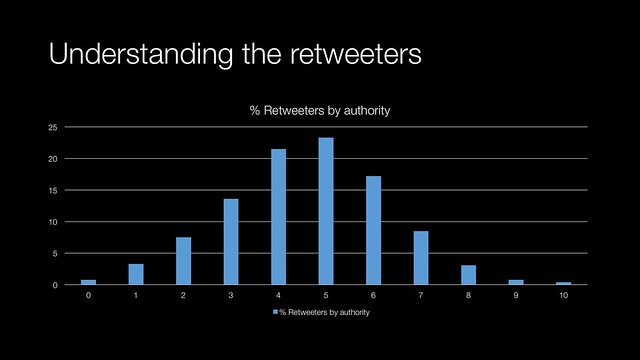 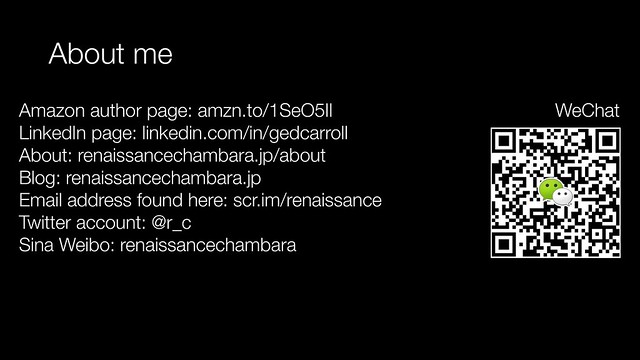 More on Slideshare. I also analysed the VS250 crisis and got some lessons from the data.