The estimated reading time for this post is 120 seconds

It was a curious experience for me to be reading Democracy in Decline. When I was in college Philip Kotler was a constant part of my life. His Principles of Marketing was a core text for my degree. It is a bit weird reading another book by Professor Kotler; especially one on such a dramatically different topic. 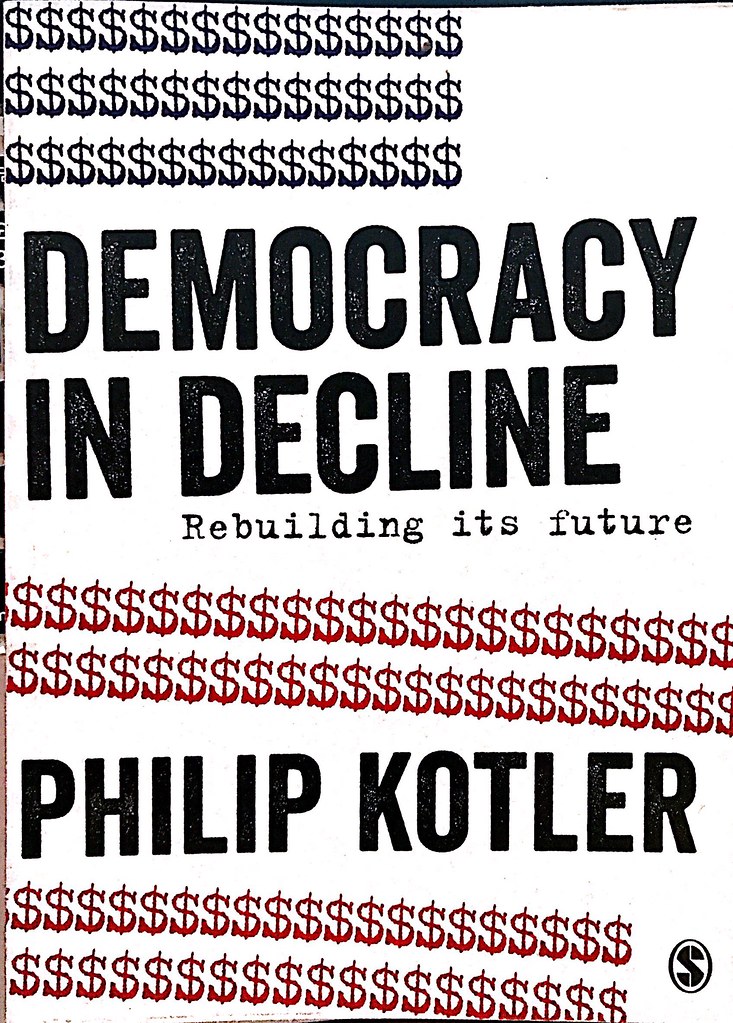 In Democracy in Decline

Kotler addresses what are commonly cited as weaknesses in the political system of the United States. He provides an easy to understand guide to the US political system.  Kotler then gets into what he identifies as the key points of failure in the American political system.

Kotler’s viewpoint is unashamedly liberal and supportive of collegiate rivalry underpinned by compromise in politics. The White House he envisions is more like the Barlett administration in The West Wing or Star Trek’s United Federation of Planets rather than Hilary Clinton. The flaws he has identified are so big in scale that they would likely require a major re-engineering of American society. From the electoral system, the relationship between federal and state government, public policy and public service.

That kind of re-engineering would require widespread societal approval. That wouldn’t happen in the riven, polarised society of America today. The books measures would be completely against the interests of the conservative movement.

For the European reader, Kotler offers an interesting engaged analysis of the American condition, however there is little to no reflection on the commonalities of national populism in European politics. This book will only provide an understanding of the United States; and that’s ok.

Kotler has a sub-header in the tile of the book ‘Rebuilding the future‘. In reality Kotler provides an effective diagnosis, but an not anything that points to an effective solution beyond hoping for the best.