The estimated reading time for this post is 103 seconds

I didn’t feel that much of a weight different between my current machine and the new model MacBook Pro. Who gives a flying fuck about the laptop being even thinner than the current MacBook Pro? You have to wonder if Apple really believes customers are gagging for a thin incompatible clamshell of mediocrity? I’d be more interested in power density of the battery – more charge and better performance from the laptop. Some connectors that I actually use would be great as well.

If you already have a retina display laptop this is exactly the same.  The touchpad display is interesting, but it seems to take no account of finger span in the way the controls work on a couple of the default apps that I tried from the perspective of a touch typer.  I suspect that the 11″ MacBook Air was killed because Apple is desperately hoping sales will go to the iPad Pro.

Apple made a big deal of the keyboard, but the truth of it is that it was wasted. The real effort was not about user experience and more about making things thinner. It isn’t the improvement on the previous MacBook Pro keyboard experience despite the clever engineering involved.

I’m a bit spoiled from a tech point of view. I am working on an early 2015 model MacBook Pro (Retina) 3.1GHz Intel Core i7 with 16GB of RAM and 1TB of solid state storage. I have an attached SuperDrive by USB and two Apple Thunderbolt displays.  The graphics performance is adequate with an Intel Iris Graphics 6100. 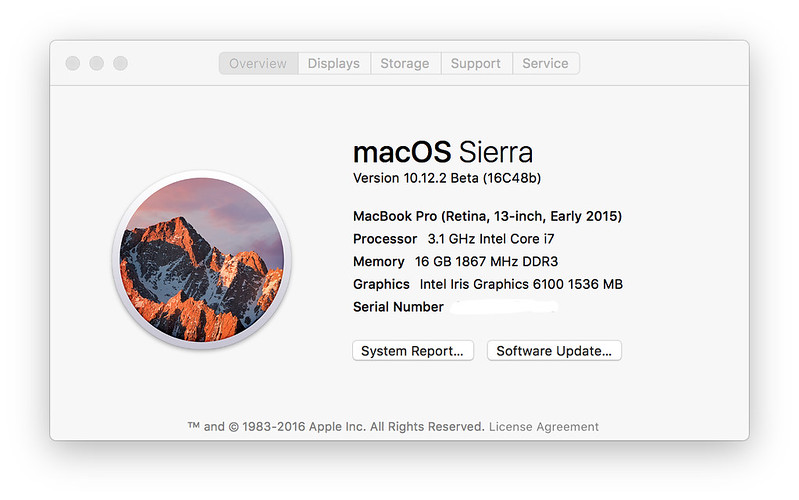 Having had a quick play with the new MacBook Pro there didn’t seem to be a real world performance difference. You probably would need a machine that is five years old or more to get a speed bump from this unpleasant MacBook Pro surprise.