Time and networks are intertwined and have been forever. Communities have marked time in different ways. It used to be marked by the bells of a church or the clock on a local factory. At that time, it didn’t matter that the clock told the precise time, but that it was consistent. This meant that different ‘time zones’ existed in areas separated by little distance.

The amount of reference time pieces expanded as mechanical clocks were installed in churches, farm estates and early factories. In the case of factories the change of shift was often punctuated by the blast of a fog horn or a steam powered whistle.

I can remember this being the case even during my early childhood at the nearby Unilever factory. The change of shift signal marked my walk to infant school.

Over the centuries canals sprang up throughout the country as the first mass transport link, facilitating the movement of heavy goods such as coal and iron ore in a more efficient manner. Canals were transformative, but the boats still only moved at the speed of the horse. Railways broke the ‘horse speed’ barrier.

This was transformative because it suddenly shone a light on inconsistent time keeping across the country. Railway timetables couldn’t incorporate all the variations in time zones between stations, so it became the arbiter of accurate time.

Over time radio and television played their part, audiences could set their watch by the start of key news programmes, for instance the time pips in the run into BBC Radio 4’s today programme or the Angelus chimes on RTE Radio  1.

The telephone came into play when looking for an exact time (to reset a watch or alarm clock) outside the broadcast schedule.

The popularity of mobile phone networks didn’t have as much of an impact as one would have thought. NITZ (Network Identity and Time Zone) was an optional standard for GSM networks. It has an accuracy in the order of minutes. A competing standard on CDMA 2000 networks used GPS enabled time codes that were far more accurate.

Modern timekeeping for the smartphone toting average person goes back to NTP; one of the earliest protocols in for the early internet that was created some time before 1985. 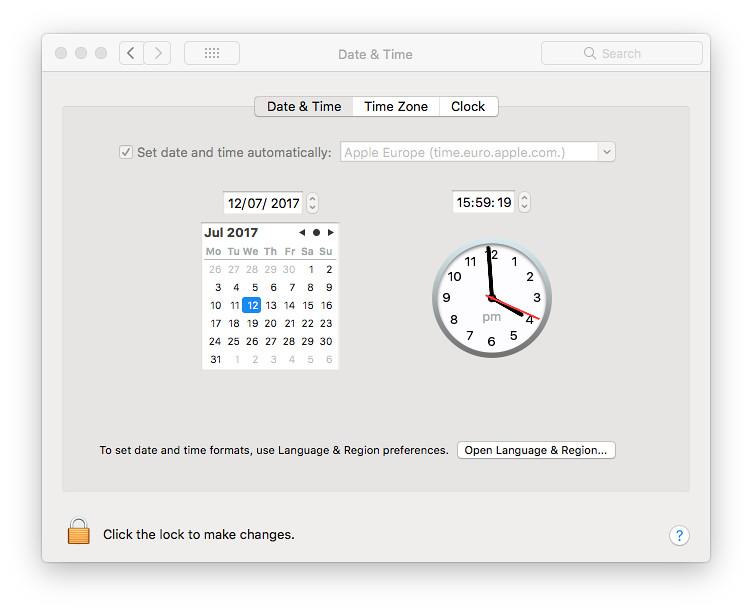 Back in 2001 when I installed the earliest version of macOS (then known as OSX 10.0 ‘Cheetah’) the date and time settings made reference to Apple owned NTP servers that were used to calibrate time on the computer. This infrastructure has since provided time to Apple’s other computing devices such as the iPhone and the and the iPad.

We are are now living on the same time. Time synchronisation happens seamlessly. We tend to only realise it when there is a problem.