The estimated reading time for this post is 192 seconds

How to use RSS – isn’t a question that I thought would be ever asked. I put together a guide some eight years ago and had been meaning to update it for a while. I was reminded to do this by Wadds recent post on RSS. I realised  there is likely a whole generation of netizens that hadn’t used RSS; or had used Google Reader and didn’t have a clue about what under-pinned it and how it could be useful.

‘RSS is dead‘ is a myth beloved of the social networks that want to spoon feed you algorithmically sifted world views. This myth has leaked into web development circles and I have had to fight with development teams to keep in support for the standard.

Put simply RSS is like a ticker tape for the web that allows you to get updates about new articles posted on websites.

My own journey in how to use RSS

I started off using RSS readers with NetNewsWire. NetNewsWire was an application  that developed a swift cult following on Mac OSX. This would have been late 2002. I immediately saw the benefit as a PR person, having the news come to me, rather than having to go do a round robin of a list of sites in my browser bookmarks.

An RSS reader allows you to:

At the time, only calendar, address book, email and task information synced across my work and home computers. I had only just got mobile email on a Palm PDA that connected into a Nokia 6310i via a data cable using Palm’s Mobile Internet Kit. This only allowed me to access a limited amount of the web but no RSS. This only worked with my personal email.

The problem with NetNewsWire was that there was no sync. If I read RSS at work I would then have to clear it again at home. I got around this by dragging my laptop into work and using the guest wi-fi network access. But this was misinterpreted by management.

I started using Bloglines an online RSS reader. This was eventually squeezed out of business by Google Reader. In 2013 Google killed Reader to try and force people to use the algorithmic feeds on Google+. Aside from destroying a large audience of RSS users; the cunning plan failed.

Google Reader was an RSS reader with some proprietary features including bookmarks. I decided against using Google Reader and went with Fast Ladder – which was run by Livedoor, a Japanese company. Livedoor eventually saw its CEO go to jail for securities fraud.

Since then I have been using Newsblur. Newsblur has a couple of unique features that put it head-and-shoulders above rivals like Feedly, theoldreader or Inoreader :

Navigating your way around Newsblur

What is an OPML file? If you’ve already used an RSS reader, an OPML file is a standard export file format that allows you to move from one RSS reader to another. The Goodies and Apps option gives you a bookmarklet that you can add to your browser to add new sites that you want to follow and links to apps for Mac and mobile platforms. On the desktop, using the web interface is best. On mobiles the app is pretty much obligatory to use. 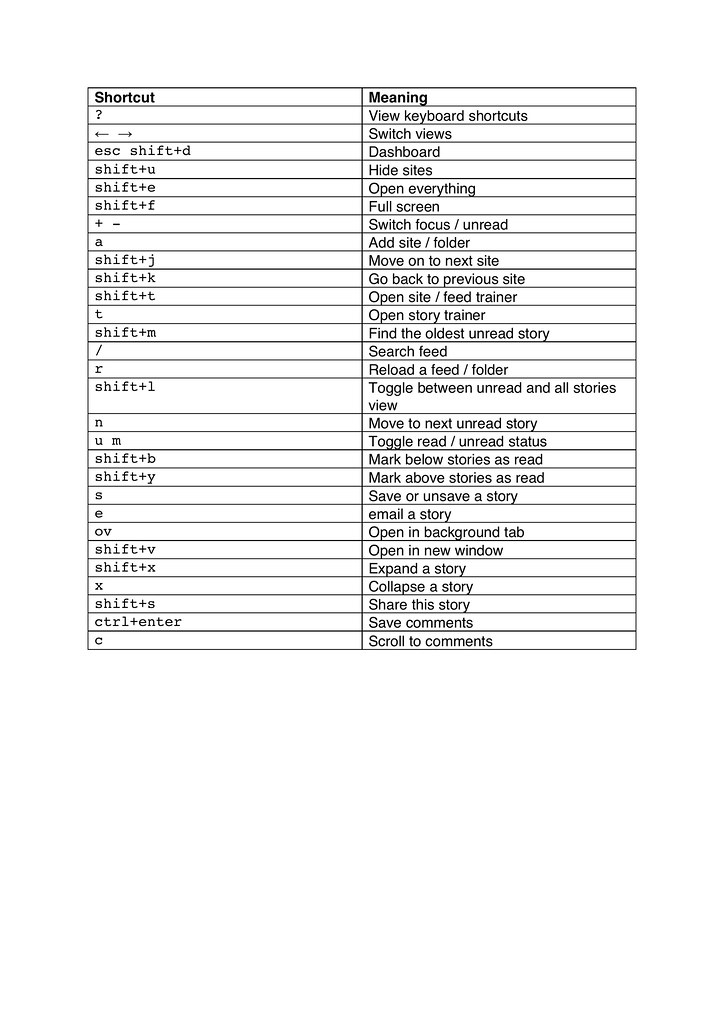