China has had a run in English literature at the moment. Cixin Liu has overturned the world of science fiction with his Three Body Problem trilogy of books. Zhou Haohui’s Death Notice promises a similar shake up in crime fiction. 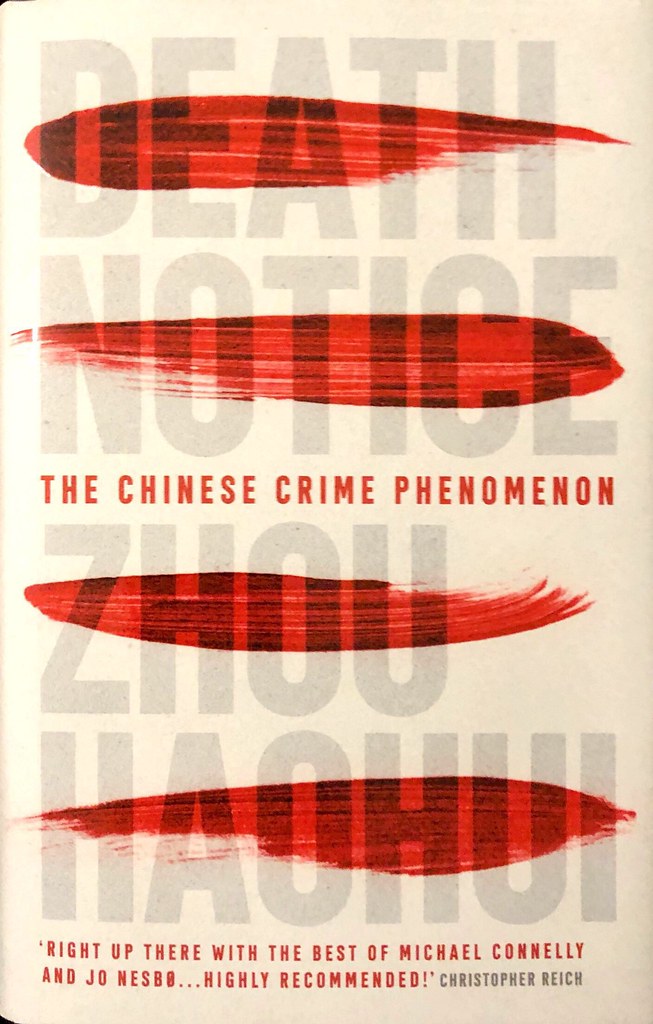 Death Notice takes place in 2002, the internet was changing Chinese society and the government hadn’t yet rolled out a consistent approach to online services and content. You had the first generation of Chinese internet giants, Google was available to trawl content worldwide. The world was your oyster if you were curious enough and had sufficient English skills. Forums were transformative, attracting participants who shared a passion to connect in ways previously impossible within China.

It was also a more open time in terms of the government’s attitude to public freedom and discourse. The book is set before the implementation of Golden Shield project, which started to censor Chinese access to the web. The Golden Shield project also helps shape online consumer opinion through content deletion on social platforms and gaming trending items. Which is why it is the ideal time to set a complex serial killer that relies on the internet. It is also a China that longer exists. I was surprised that the book has been published and lauded in China as it begs comparison with the less open Xi regime.

The death notice of the title refers to a crowdsourced list of wrongdoers who escaped justice and end up being dispatched in creative ways. I don’t want to say any more that would give away more of the plot.

Death Notice leads you on a twisted exploration of who the killer could be, dragging in to suspicion even members of the investigative team. And this is apparently the first in a series of books. If you enjoy Scandinavian fiction like Jo Nesbo and Stieg Larsson, then Zhou Haohui offers something that provides a similar sense of innovation in crime literature. More books reviewed here.