General Magic was a much storied, but ultimately failed technology company. This documentary about it looks epic on the trailer. You can stream the full documentary here.

Here is question and answer session from the Silicon Valley premiere of the documentary.

General Magic came up a device that Sony manufactured for AT&T. It was a PDA like the Apple Newton, but designed around connectivity. It had a built in dial-up modem. It had vCard type functionality that allowed you build up your address book from your email contacts over time.

Here are some users talking about how they use the General Magic device.

DuckDuckGo launched a ‘terminal styled interface which I quite liked. You can try it here 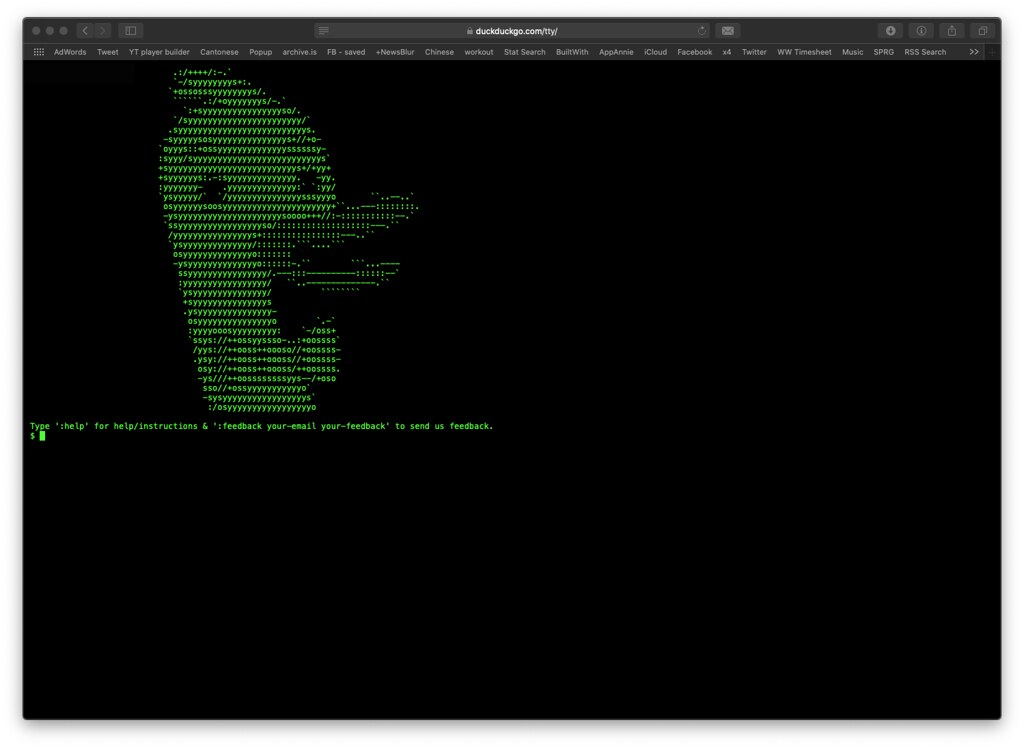 It isn’t only retro cool but pretty useful, and works really well on a computer that is using a dark mode theme to its operating system.