The estimated reading time for this post is 103 seconds

Canada on twitter will be an event that will have delighted my friend and former colleague Matthias Lüfkens. Matthias founded the    Burson-Marsteller Twiplomacy project. Time spent at the World Economic Forum on social media meant that Twiplomacy has been a long time personal passion of his. The Twiplomacy looked at which countries have accounts and whom they follow and are followed by. The study isn’t exhaustive, for instance it doesn’t cover China’s wolf warrior accounts. 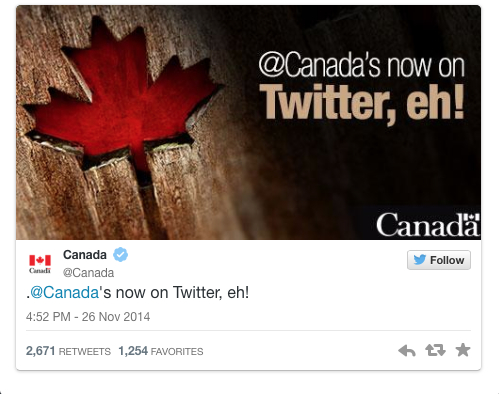 The first post that announced Canada on Twitter showed Canadian self depreciating humour with its ‘eh!’ ending imitating Canadian speech patterns. This account was as much aimed at Canadians as it was at generating digital soft power.

In reality Canada has had a number of digital diplomacy accounts before aimed at specific interest groups like the European Union or Iran. But don’t let those wrinkles get in the way of a good story.

And the internet (actually just over half of them Canadian netizens) responded back. As with most political discussions online this was a male-dominated discussion.

The conversation areas touched upon seemed to mirror the kind of issues that are currently rippling through Canadian politics: the environment, Quebec independence and care for veterans. There was a wonkish strand that talked about this accounts role in digital diplomacy for the Canadian government. Conversationalists also name-dropped well-loved Canadian brands like the Tim Hortons coffee and doughnut chain and the country’s love of ice hockey as the national sport.

Canadian based brands took time out to welcome their country’s government on to Twitter. 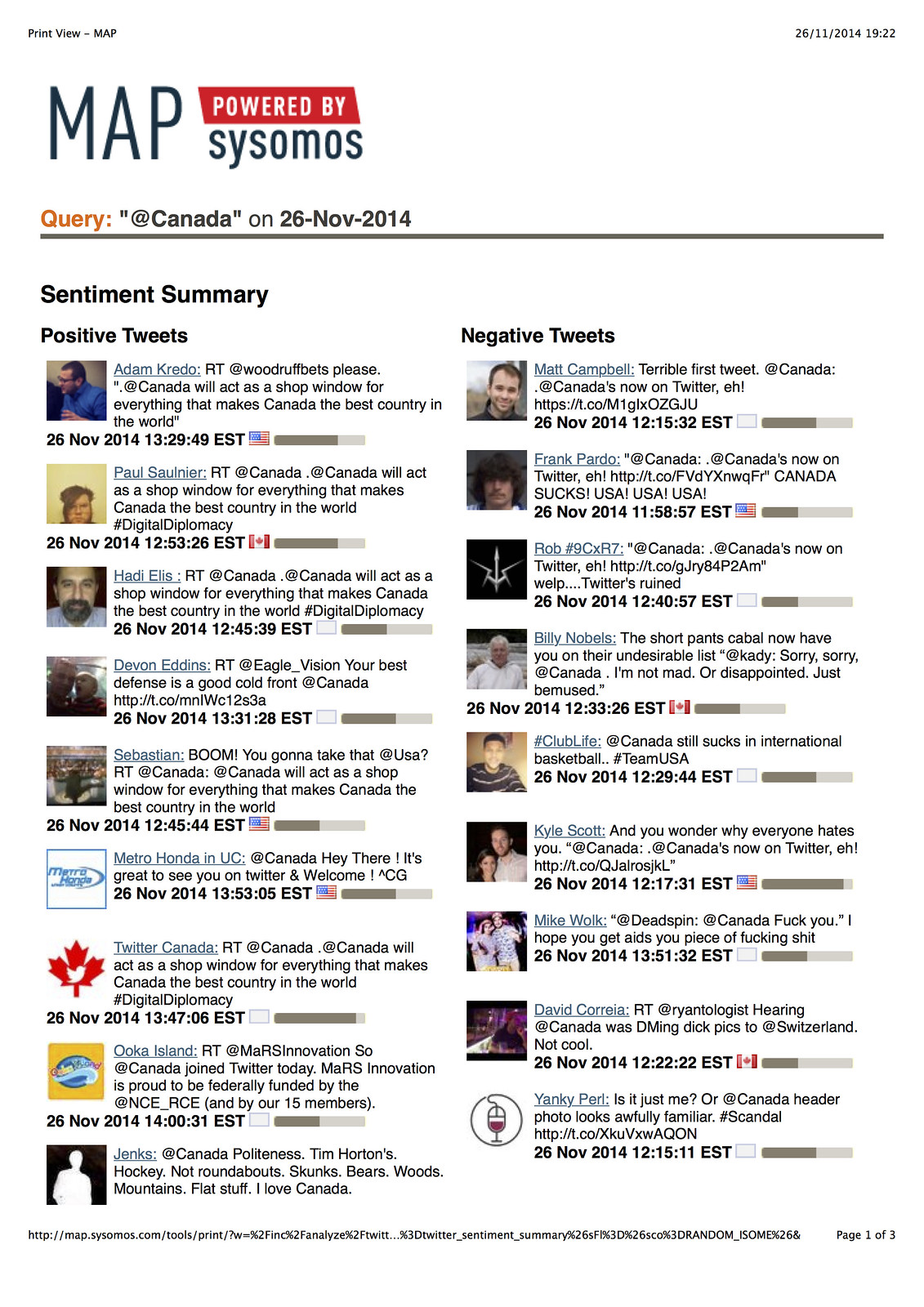 The biggest shock for me was that the account showed blatant favouritism towards Hootsuite compared to other Canadian social monitoring companies like Sysomos. Hootsuite was the only commercial entity that the account followed in what looks like a case of casual nepotism or a default setting in Hootsuite’s management tools. If its Hootsuite’s default setting that’s a scummy way of building followers and engagement. More online related posts here.