The estimated reading time for this post is 297 seconds

Back in the late 1980s and early 1990s, a house party wasn’t a house party without a set of decks and the Technics SL-1200 MkII is well known as being the de-facto turntable that even now manufacturers try to emulate. A second ingredient in the DJing process was a mixer to well mix the sound from one record to another; this usually fell to the Made 2 Fade GM-25 Mk II.

Once you had spent the best part of 700 pounds on a pair of turntables you usually looked to cut costs on a mixer. In terms of value orientated mixers you didn’t have a lot of choice.

Some brands like Formula Sound were exclusively the preserve of the more expensive nightclub installations as was Rane. Other mixers like the Bozak CMA-10-2DL rotary mixer was popular in non-hip hop US nightclubs and the Ministry of Sound (which had imported its sound system design from the States trying to duplicate the Paradise Garage nightclub) in Elephant and Castle – in pre-internet days you just wouldn’t have seen one. Brands like Stanton, Vestax, GLi and Gemini where ‘second mixers’ – the one you managed to save up for after your first mixer – a basic two channel Vestax model would have set you back 350 pounds (about the street price for a new Technics deck at the time). Made in China wasn’t really a thing yet, so the costs of many products were in real terms more expensive than they are today – but weren’t as badly made either. The thing was for many people, they never got to moving on and buying a second mixer, buying new records was more important than buying a better mixer for many people. 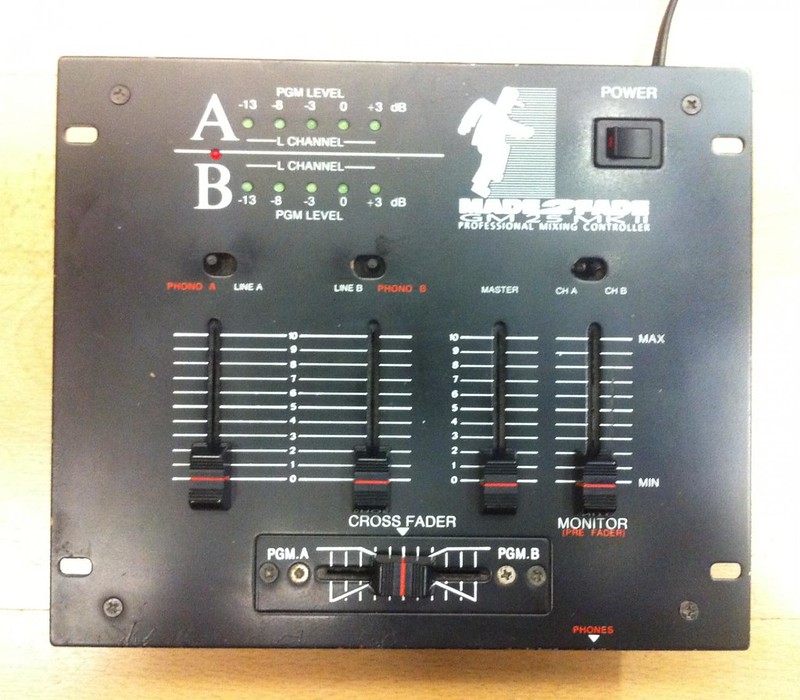 As mixers went, there wasn’t any better value for money than the Made 2 Fade GM-25 MkII. I used one of these for years until it eventually gave out. I got mine for 79 pounds including postage and packaging from a DJ supply shop that advertised in DJ magazine (then called Jocks).

It had a surprisingly robust build quality as people who still have these in their attics will tell you (lead wasn’t banned from solder until the early noughts and manufacturers who weren’t based in Shenzhen seemed to have a higher threshold of what they felt was acceptable quality). Mine survived being carted around in a plastic bin from venue-to-venue whilst my decks where coddled in bespoke flight cases. It has its power supply built into the case which meant that you didn’t have to worry about losing it, or worry about breaking the pin in a socket connecting an external PSU.

Made 2 Fade cut costs by cutting features; some of those features were extremely handy for DJs such as channel gain (how much amplification is supplied to the channel), eq dials (which come in handy when you are doing a running mix to smooth the base of one track out whilst bring the next one in) or channel metering (that would allow you to see relative loudness levels). Cutting features rather than trying to implement them half-heartedly meant that the GM-25 had a pretty good sound-to-noise ratio, which was another reason to put off trading up.

They still managed to not make the mixer feel too cheap so the cross fader (that allowed you to mix the sound of one record across to the other) was replaceable presumably as they felt this control would take the greatest hammering from DJs.

There were other cheap mixers on the market like Phonic’s MTR-60, but Made 2 Fade came in and undercut them, by making careful design choices. Of course this didn’t stop the plastic handles on at least of the one faders coming loose and coming off, I put a blob of ‘Plastic Padding’ polyester resin over the top of the naked metal spike that protruded from the fader. Eventually more expensive models with more features including a simple digital sampler and kill switches where added to the Made 2 Fade range but these didn’t prove as attractive as the bare bones GM-25, why spend extra when you could upgrade to a Vestax/Gemini/Numark? 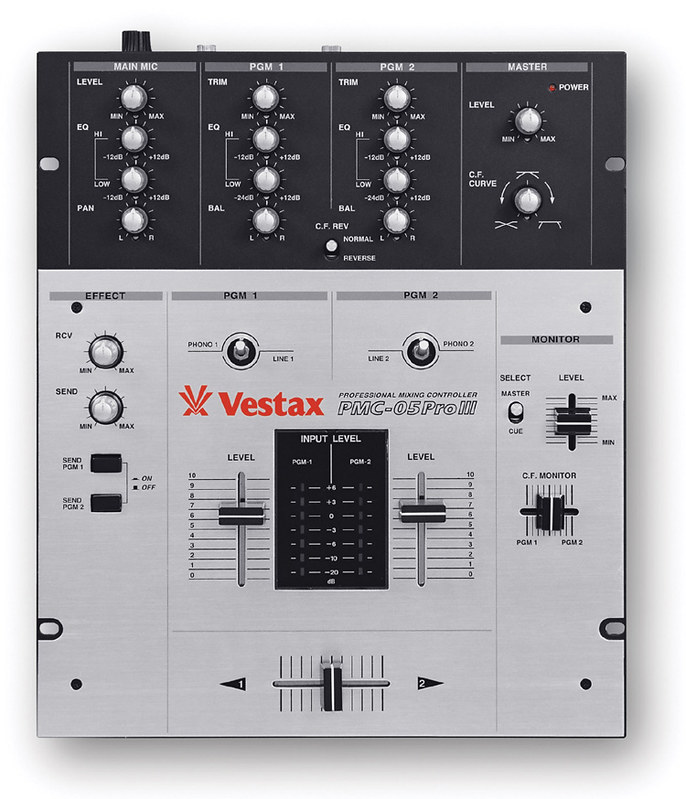 I aspired to own a Vestax PMC-05 with its eq controls, buttery smooth cross fader and its Made In Japan quality, but had to make do with the Made 2 Fade.

The Made 2 Fade was the ‘long bow’ or ‘Ford Model T’ of British dance music, the proletariat mixing tool of the average bedroom DJ who wanted to cut up some tunes, make it big, broadcast a banging set on pirate radio, or just throw a party for his friends(it generally was nerdy lads who spent too much time in record shops, though a lady friend of mine was well-known techno DJ back in the day). It was the mixer that launched thousands of dreams and provided the soundtrack to countless others.

However since it didn’t grace the big clubs and wasn’t used by Carl Cox, Paul Oakenfold or Sasha. It won’t be likely to written up by the likes of Bill Brewster, Greg Wilson or Dave Haslam – all of which have done a sterling job in documenting the DJ sub-culture.

I, Cringely – Speed Bump great article on the move to lead-free solder and the general FUBARage that it brings
Back To The Oldskool – forum thread on people’s first mixers
History of the scene
DJHistory.com – Bill Brewster and Frank Broughton’s site which hosts a wealth of DJ related content
Greg Wilson – a personal hero and a great ‘DJ as taste maker’
Dave Haslam – former Hacienda DJ (known for his eclectic Temperance sets including US house, rock, indie, hip-hop and Italian tracks) who then went on to document the history of nightlife with a number of books and broadcast projects. Haslam also played at lesser known but important Manchester clubs: Boardwalk and Man Alive