The estimated reading time for this post is 206 seconds

Understanding who Yahoo! is today means understanding changes in the technology and media sectors. These changes occurred over the past 20 years. 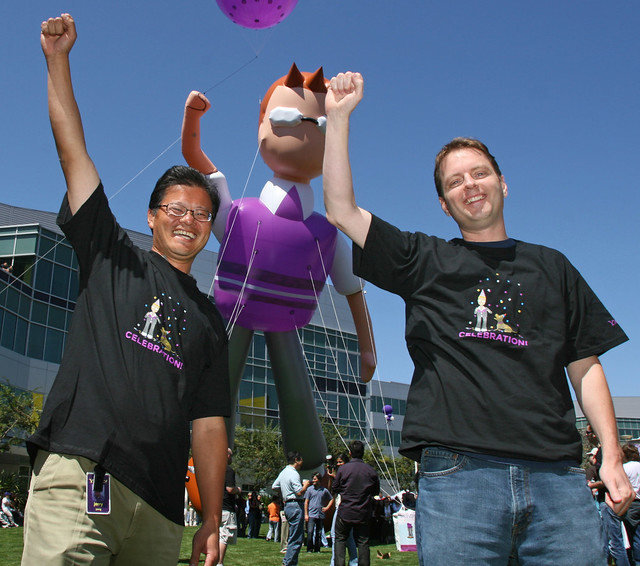 Yahoo! started off as a hack. The directory grew from a list of sites catalogued by Jerry Yang and David Filo. They did this as students in Stanford. This was back in the early 1990s, Microsoft was the dominant technology company. It is hard to understand the power that Microsoft had at the time. Apple was on a fast track to oblivion. This power was later clipped in the Judge Jackson trial of 2000.

At the time, investors and founders were reluctant to go into business against Microsoft. Even the idea that Microsoft may enter a sector was enough for others to stay clear.

Yang and Filo would have had this in mind when they positioned Yahoo! as a media company that happened to be online. Yahoo!’s early business deals such as Yahoo! Internet Life magazine and display advertising are symptomatic of this media thinking.

The advertising display model that Yahoo! operated was reminiscent of print magazine and newspaper businesses. It even went ahead and hired a traditional media sector CEO in 2001. Terry Semel was a former chairman of Warner Brothers. He was brought in following a 30% collapse in online advertising sales. Semel’s efforts to build a media business at Yahoo! didn’t succeed.

Yahoo! has a history of contributing to key open source technologies including:

The work done on Hadoop lead to a spinout technology company called Hortonworks. Hortonworks customers include eBay, Spotify and Expedia. Not bad for ‘media company’.

Panama, was to drive quality and profit in advertising by increasing click through rates. Yet it took too long to develop, many other projects ended up being canceled.

Despite of the technical expertise at Yahoo!. The company bought in many key technologies rather than building themselves. Yahoo! Mail came from acquiring the 411.com directory service which owned Rocketmail in 1997. The modern mail web application has its roots in Oddpost, acquired in 2004.

Yahoo! bought video and audio streaming company broadcast.com in 1999 for $5.7 billion. This was the most expensive thing Yahoo! every bought. By comparison Tumblr cost $1.1 billion dollars in 2013. Yahoo! ended up with little to show for it’s $5.7 billion. This meant that Yahoo! developed a culture which made it hard to make big bet the farm kind of changes.  Terry Semel rejected the opportunity to buy Google in 2002 for $5 billion. It also failed to buy DoubleClick. Google bought it instead, and used DoubleClick to speed up growth beyond search advertising.

A secondary effect of not being able to make big bets was a constantly changing set of priorities. Insiders have gone on record talking about the missed changes with aborted projects. This also made it harder to develop and pursue a vision.

Google started some five years later. Google came into a world where Microsoft looked weaker. The US government filed charges against the company and Linux started to gain momentum. Google’s original business model was to be a search engine provider for web portals. There were other competitors in this space like Inktomi. It wasn’t until 1999 that the company started selling its own advertising. Google waited six years to go public. The size and profitability of its business masked from competitors and customers until 2004.

Google hasn’t been afraid to make big bets or have a big vision:

It has thought carefully about focus and vision – which is part of the reason why the Alphabet conglomerate was formed.