The estimated reading time for this post is 867 seconds

I was prompted to write Brexit part 2 based on the many questions from friends living outside the UK – who are trying to make sense of what is going on. 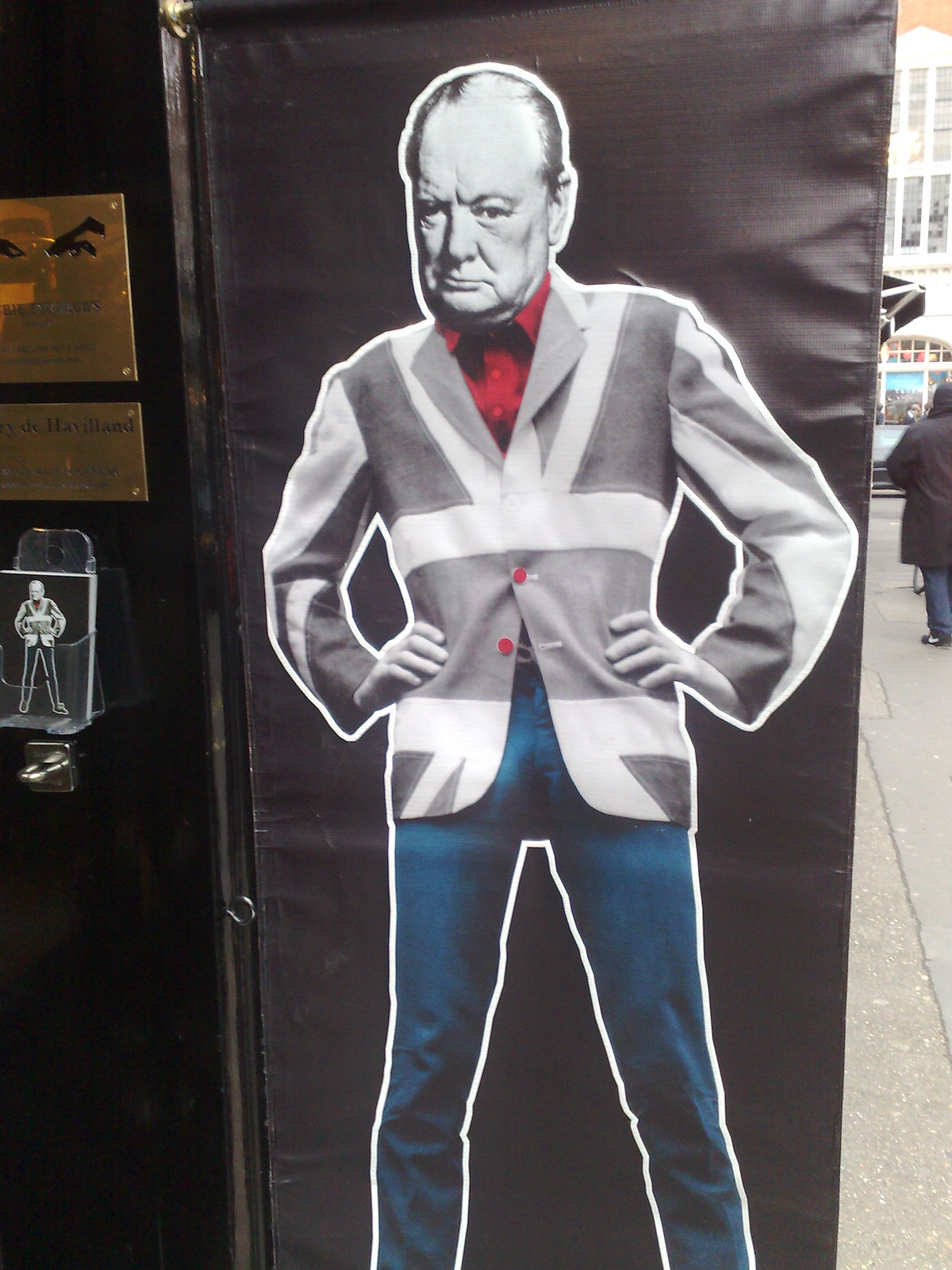 Brexit is a portmanteau of ‘Britain’ and ‘exit’. The exit being from the European Union. In 2013, David Cameron announced that a conservative government would hold an in-out referendum. The referendum would take place before 2017.

Cameron is campaigning to stay in why did he call for a referendum?

David Cameron had two main reasons for calling the referendum.

The Conservative party has members in both camps. This has been a fault line in the party for a long while. The reasons for this split in the party boils down to two factors.

In order for the EU to be more powerful on the world stage, it has to speak with one voice. The process of consensus that it uses to get there means the UK is part of the consensus not a lone actor on many issues. This has an impact on how sovereignty is perceived. The full name of the Conservative party is actually the Conservative and Unionist party. It has members who view that sovereignty argument is an attack on the sanctity of the state. The second argument is having a completely deregulated market will benefit business. This would annul workers rights and make government much smaller. Taxes would be lower since the government would be responsible for much less activity.

The economic argument for remaining in the EU is that it provides access to an internal market. This has some ancillary benefits: as an English speaking country the UK is ideal for international investment. The EU provides a wider pool of workers to draw on. In knowledge economy work this is important. It is easier to do business across Europe with common laws and regulations.

The second reason is that before 2009 if you wanted a right-of-centre party you only had one choice. Under the leadership of Nicholas Farage the UK Independence Party (UKIP) rose. This was down to his personality and right-wing populist policies. On the surface of it the Conservative party had to adapt to the reality of competition.

Calling a referendum at a time of Mr Cameron’s choosing was a way of dealing with the bleed of support to UKIP and the split within his own party. I think it would be fair to speculate that Mr Cameron’s team underestimated the Leave campaign and the sentiment of the general public.

The Shadow Issues: a working class insurrection through the ballot box?

Modern Britain as an economic power house has left behind wide swathes of the country outside London and the Southeast of England. These left-behind people are the engine driving the vote to leave.

The UK was the industrial beating heart of the world in 19th century and it began a long slow decline due to a number of factors:

This has left Britain in a curious state:

The elephant in the room for Brexit is the rise of the poorest people in society as an important voter bloc. The UK political system is comprised of major parties who have not reflected the views of poorer people for the past 30 years. You have generations of frustrated angry people and the Brexit referendum gives them an outlet. Many of them know that life will not improve; but it gives them the opportunity to screw the people who haven’t listened over the decades.

Their concern and anger is not new but has lacked focus. Prior to Brexit, it drew some of these people to the likes of the English Defence League and Britain First – alongside the usual collection of people with racially motivated agendas. The UK Independence Party tapped into that zeitgeist and the referendum has brought it to the fore.
Both the main parties have been ill-equipped to deal with it. Immigration is a loaded term as it has been a historic touchstone for racial hatred and intolerance. My Dad faced the classic attitude of landlords with signs saying ‘No blacks, no Irish, no dogs‘.

The impact isn’t only economic, older residents are seeing their neighbourhoods change beyond their comprehension.

Voter concern about immigration is not bounded by race, creed or colour in the UK – which moves it away from being ‘politically incorrect’ to a subject of legitimate debate.

In some respects, it is easy to understand why immigration was such a difficult issue for politicians. Enoch Powell was famous for a speech given in Birmingham in 1968 regarding immigration from Commonwealth countries. Powell’s speech touched on immigration issues that many would recognise now: strain on resources, the degree of change in neighbourhoods and society, issues with societal integration. His speech was also tied to anti-discrimation laws. In a country that had only recently recovered from the second world war, Powell objected to a law advocated by writers from newspapers which had been soft on the rise of Hitler, yet now wanted to impinge on the freedoms of the native British. He quoted from the latin epic poem Aeneid as a graphic way of illustrating his concern about possible conflict.

Like the Roman, I seem to see “the River Tiber foaming with much blood”.

This was allusion to his own foreboding about the future of Britain, partly driven by the riots that had racked US cities including in the 1960s including Watts (Los Angeles), Hough (Cleveland), Detroit, Chicago, Washington DC and Baltimore.

From then on Powell was forever linked to his ‘river of blood’ speech. He lost his seat in Edward Heath’s shadow cabinet and his speech was roundly criticised as racist. Powell did seem to have his finger on the pulse of voter sentiment at the time. Just two weeks after the speech The Gallup Organisation released poll results showing 74% of respondents agreed with Powell’s speech versus 15% who disagreed. Powell was the unacceptable face of right wing populism.

It was only with the rise of UKIP in 2009 that immigration was put on the ‘serious’ political agenda of the mainland UK again.

The main political party members campaigning of remain don’t have easy answers for the intractable problems facing these people. Trying to control immigration is only a small part of any realistic solution. Back in 1981, members of Margaret Thatcher’s government talked about the difficulty in dealing with the economic issues:

“I fear that Merseyside is going to be much the hardest nut to crack,” he cautioned. “We do not want to find ourselves concentrating all the limited cash that may have to be made available into Liverpool and having nothing left for possibly more promising areas such as the West Midlands or, even, the North East.

“It would be even more regrettable if some of the brighter ideas for renewing economic activity were to be sown only on relatively stony ground on the banks of the Mersey.

“I cannot help feeling that the option of managed decline is one which we should not forget altogether. We must not expend all our limited resources in trying to make water flow uphill.”

Will Britain Leave The EU?

I don’t know, but at the time of writing the FT’s poll of polls gives the leave camp a 4% lead over remain, with just 10% of respondents undecided. If the polling data reflects voter turnout accurately then Brexit is likely.  We don’t know what the voter turnout will be, it could be affected by a number of factors:

Despite much of the fuss about getting eligible ex-pats to vote, they are likely to consist of only 1% of the electorate.

The Euro 2016 football tournament has no matches on June 23 – a major game would have adversely affected voter turnout.

You can find Brexit part 1 here.

More information
UK government documents on Brexit
UK Independence Party – Wikipedia
Conservative Party – Wikipedia
The knowledge economy is a myth. We don’t need more universities to feed it | The Guardian
Britain is in the midst of a working-class revolt | The Guardian
Working-class Britons feel Brexity and betrayed – Labour must win them over | The Guardian
EU position in world trade | European Commission
The Great British trade-off The impact of leaving the EU on the UK’s trade and investment | The Campaign for European Reform – PDF
The impact of immigration on occupational wages: evidence from Britain | Bank of England – PDF
EU migration — the effects on UK jobs and wages | FT – Paywall
The Economic Consequences of Brexit: A Taxing Decision – OECD
Europe and Central Asia: Growth Struggles in the West, Volatility Increases in the East – The World Bank
Remarks by the President Obama and Prime Minister Cameron in Joint Press Conference | White House
Uncertainty Clouds the United Kingdom’s Economic Prospects | IMF
China: Brexit Threatens to Tip Scale in Favor of U.S. | Money Morning
The Brexit Index: a who’s who of Remain and Leave supporters | Populous
1981 files: Lord Howe rejects ‘inconsiderate’ comments on decline of Liverpool | Daily Telegraph
Analysis: the impact of turnout on the EU Referendum | YouGov
FT – Poll of Polls on Brexit

Books
Heffer, Simon (1999). Like the Roman: The Life of Enoch Powell. London