The estimated reading time for this post is 96 seconds

Whosampled.com’s crowdsourced ‘trainspotters’ across the music presenting a history of sampling. If I had one criticism of the history of sampling its that it was very hip-hop focused. But focus is the blessing and the curse of public talk like this. More related content here.

I get that Brexit is about identity politics rather than about economics but the impact of supply chains is something that still hasn’t registered. Falling out of the customs union will challenge assumptions consumers have made on British brands. This segment from Newsnight simplifies it for the average member of the public – I’d argue it was the wrong programme to run it on due to its relative lack of reach.

The Exclusive North American Premiere of the BMW i8 MemphisStyle at Frieze Art Fair New York. BMW presents two Art and Design Talks in partnership with SoHo House. – BMW’s art car project has been running for decades, the i8 pattern – brings you back to the 1980s when Memphis was at its height. The i8 itself harks back to the iconic M1. 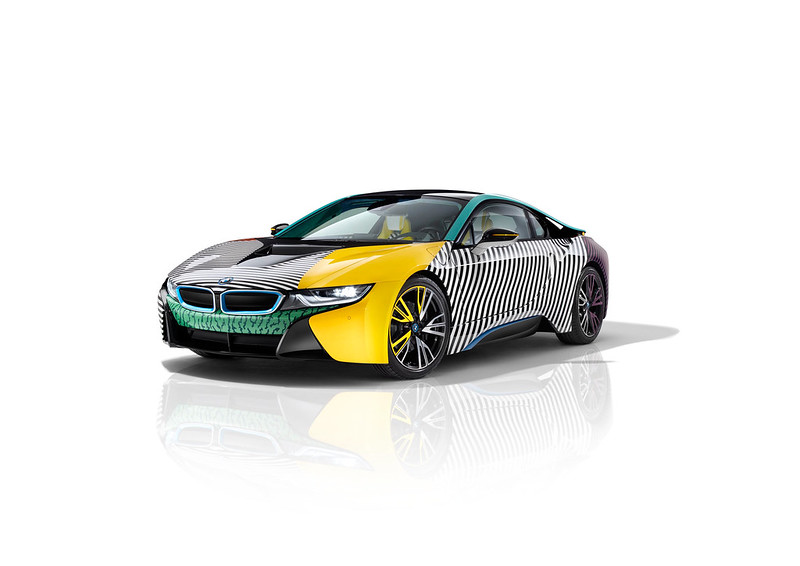 This Polish dub influenced drum and bass track was on repeat with the iPod.

Alex Turnbull (@alexturnbull23) • first international Stussy Tribe meet-up – back in the pre-internet history of 1987 you had the first meet up of Stussy’s collection of friends and tastemakers on Southbank in London. Back then it was a haven for skateboard culture. If you’re a Londoner and you participate in Charlie Dark’s ‘Run Dem’ club the inspiration was right here.  You can see similar thinking in New Balance’s Blackout Squad and Adidas’ Tango Squad. Fashion, luxury, sports and drinks brands have tried to repeat this – usually without the authenticity. Turnbull is a member of post punk band 23Skidoo and went on to found Ronin Records – one of the UK’s most prominent hip hop labels