The estimated reading time for this post is 77 seconds 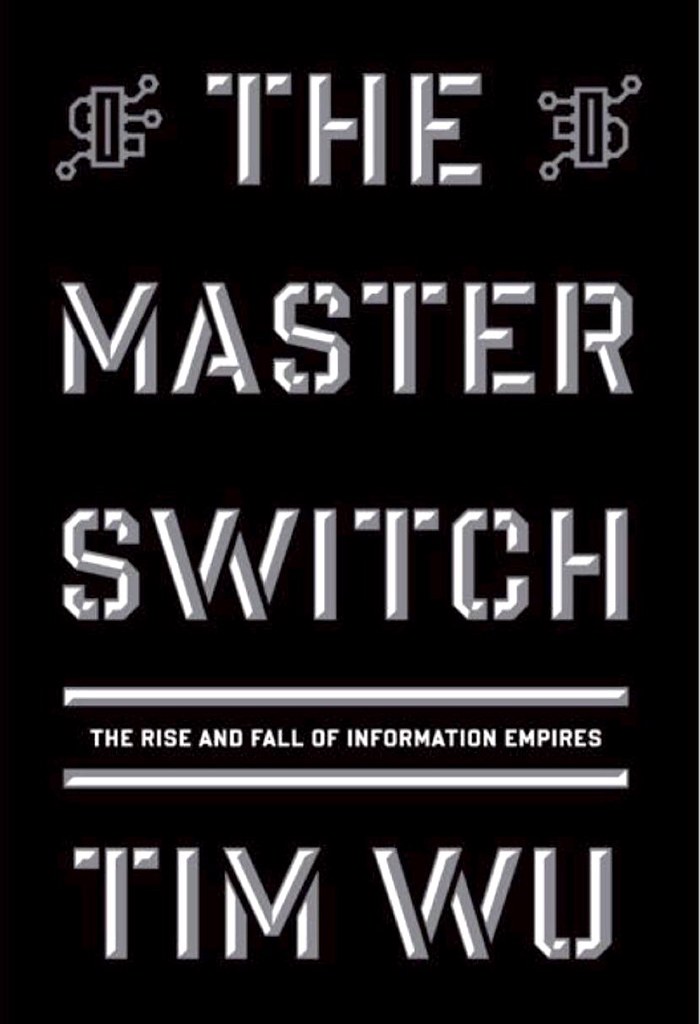 The Master Switch author Tim Wu is an American lawyer, professor and expert  on internet matters. He is main claim to fame is coining the phrase ‘net neutrality’ back in 2003. He is well known as an advocate of the open internet.

One needs to bear all this in mind when thinking about The Master Switch: The Rise and Fall of Information Empires. In it Wu posits a natural lifecycle for the rise and maturation of platform and media companies; which he called the ‘long cycle’.

In The Master Switch, he points about how these companies have moved from open systems to closed systems in order to maximise profits and resist change. Wu then uses these cycle to argue that a repeat of history was under way with the modern internet. In 2010 when the book was written; this would have ben the rise of Google, Facebook and Amazon.

Ed Vaizey announced that ISPs should be free to abandon net neutrality in the UK and it was abandoned in the US when FCC chairman Ajit Pai was appointed by Donald Trump. More telecoms related content here.