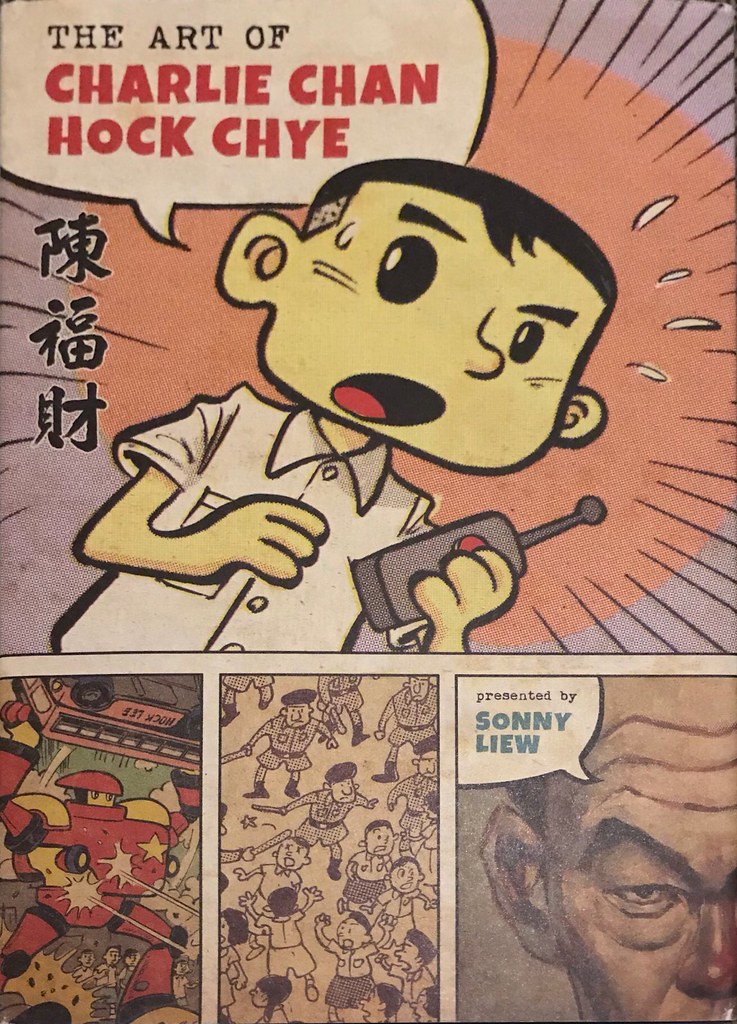 Sonny Liew’s The art of Charlie Chan Hock Chye is the autobiography of a fictional comic book creator. It is also an illuminating history of Singapore and a clever exercise in multilayered storytelling.

Charlie’s story takes you through his family’s history, growing up in a shop house run by his parents and his own life that largely stands still as an unknown comic writer.  It covers his disappointments in comic publishing and the decline in ‘pavement libraries’ as TV became an important form of information and entertainment. One of Chan’s comic book superheroes is a ‘night soil man’ who gets bitten by a cockroach and develops super strength and abilities. Until the necessary infrastructure was built out Singaporeans used to dispose of their toilet contents manually. They would be collected by a night soil man and driven for disposal in a lorry.

Various life events of Chan are outlined; his parents selling the shop to pay for his father’s unsuccessful medical treatment in Singapore. The love of his life marrying a business man and an unsuccessful visit to ComicCon. All of this tangentially addresses changes in Singaporean society in terms of public housing, medical care and economic improvements. Chan’s failure reflects on what they author felt Singapore lost by not having this kind of critique.

Through Chan’s comic stories we see a post-war Singapore lose respect for the British following their defeat by Japan and the path toward a post colonial future. The book takes an oblique but cutting tilt at the legacy of the People’s Action Party and Lee Kuan Yew and asks at the end what if things had turned out differently.

Beyond the storytelling and the historic analysis of Singapore, the book is a homage to the greats of the comic book world:

Despite being relatively oblique in its critique of Singaporean history, the Singapore National Arts Council withdrew a grant $8,000 for the book. Citing “sensitive content” and its potential to “undermine the authority and legitimacy” of the government. Just a few decades earlier Liew could have received a stronger reaction to his work from the state.

It leaves some interesting questions, Singapore has been a success growing from a post-war where much of the infrastructure was destroyed to an economic power house unlike any other country in South East Asia. Admittedly, it did much of this prior to the opening up of China; but it also didn’t enjoy the natural resources of its neighbours either.  Had Singapore missed out in this dash to economic success?

The post-war change of sentiment towards fallible British rulers raises questions about whether a post-Brexit freebooting global Britain open for trade will be successful in the face of 7 decades of diminished responsibility and respect around the world?