Catching up with fellow former Yahoos. Employees of Yahoo! were known as Yahoos. All three of us worked on the European marketing team in London at the time when web 2.0 was kicking off. It was great to see my fellow former Yahoos. We kicked around the move away from quality in online media, historic ‘pirated television reception’ in Ireland, the worrying state of brand marketing and new ventures. If you are looking for high-quality male grooming products Charles has been working on Scrubd. 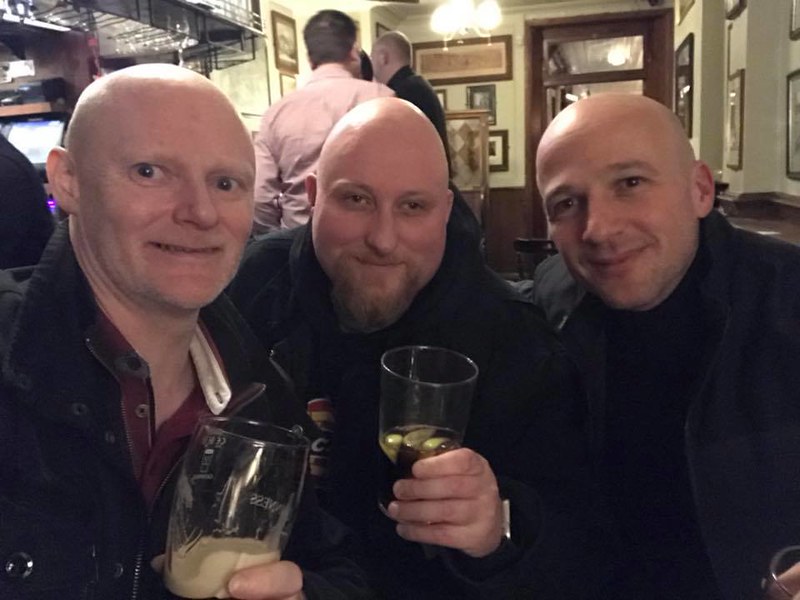 Andrew Tuck tells the Monocle story on the Mediamasters podcast. Really interesting origin story – what’s interesting is the contrarian thinking of Tyler Brûlé. Monocle is notable for building a print magazine in the face of a digital onslaught of media. More media related content here.

Great interview with Roger Smith about the wonders of mechanical watch.

Smith worked with Dr. George Daniels who invented the co-axial movement which has been a major step forward in mechanical watch making – changing the way power is delivered that is more efficient and can improve accuracy.

Smith is exceptionally articulate about the technical differences of the different watches from high accuracy quartz watches to classic Rolex and Omega movements.

Antonio Da Silva’s Hell’s Night where famous film characters interact in one night club stunned me when I saw it a few years ago. In the meantime he did a sequel and has had time to work on the colour grading of the video to make it even more mesmerising.

Finally I am surprised that this was something I hadn’t heard already – what if the late great Terry Wogan had listened to Skibadee or MC GQ vintage mixtapes and Rinse FM? Peter Serafiniwicz channels The TWOG$.