The Nokia N950 was designed at a weird time. Nokia’s position as the premier smartphone maker was under siege from Android and iPhone after seeing off the Palm OS and numerous iterations of Windows Phone. Nokia had missed the boat on devices with capacitive touch displays. It was using a smartphone operating system that was starting to show its age, a bit like PalmOS did previously. Like Palm, Nokia wasted far too much time coming up with its next generation OS, which gave Google and Apple the opportunity gap that they needed.

Part of the problem was that Nokia was wrong for the right reasons:

Nokia had their own answer to Android and iOS in MeeGo which grew out of work that Intel and Nokia had separately done on mobile Linux. Nokia was partnering with Intel partly because it believed that Intel was the future of mobile.

The Nokia N950 was a development handset showcasing this operating system in action. It was similar and related to the N9.

The N9 was released in a limited amount of markets were it was successful. However the N9 success story was overshadowed by the larger business problems Nokia faced in its transition from Symbian and feature phones to Windows Phone.

There were an estimated 5,000 Nokia N950 handsets made in total, which went to the Nokia global developer community. Technically there are loaned devices rather than given to developers. They occasionally appear on eBay going for 1,000GBP+

Up close with the Nokia N950

At first glance the Nokia N950 looked like a chimera of the N9 and the N8 with a slide out keyboard riffing on the Communicator form factor that Nokia pioneered.

It makes sense to list the differences with the N9 first of all:

What you end up with is a phone that still looks modern (partly due to its anodised black case making the screen edge harder to spot. 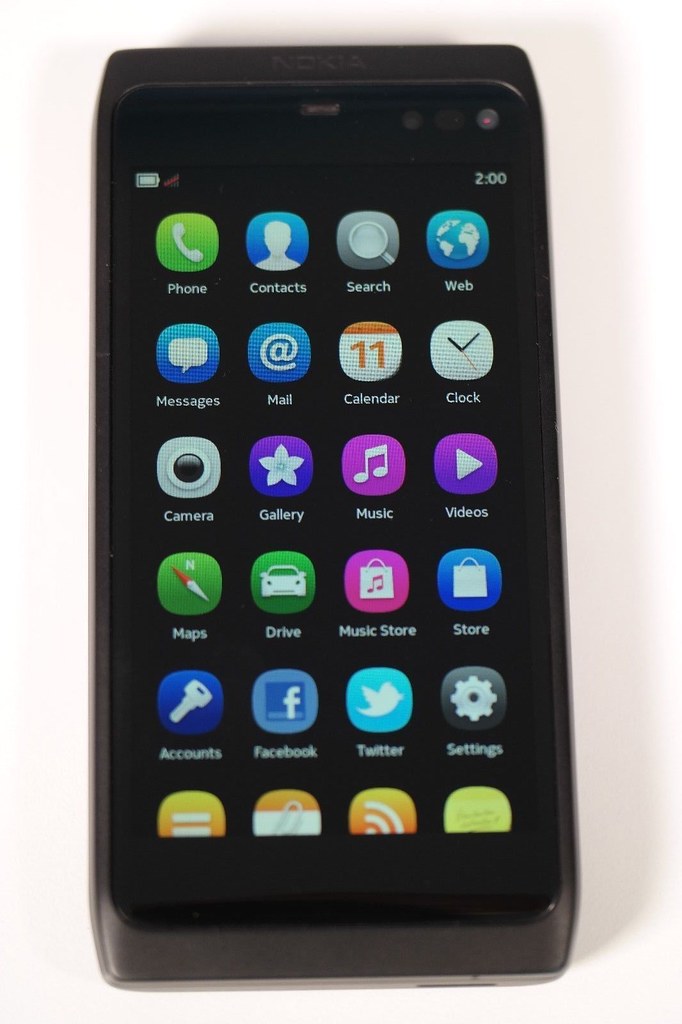 The device is slow compared to modern devices but is speedy for its time. The device flipped from landscape to portrait mode, but this wasn’t perfectly implemented. 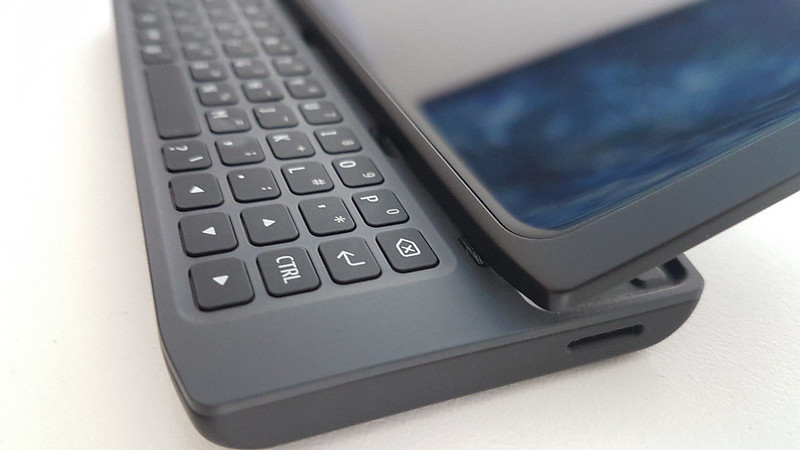 It had a pop under keyboard which allows the device to have a really shallow design in comparison to Communicator devices. However it does leave the screen exposed to damage. The past decade of Gorilla Glass™ screens on iPhones and Android handsets proves that the Corning wonder material is not invulnerable. 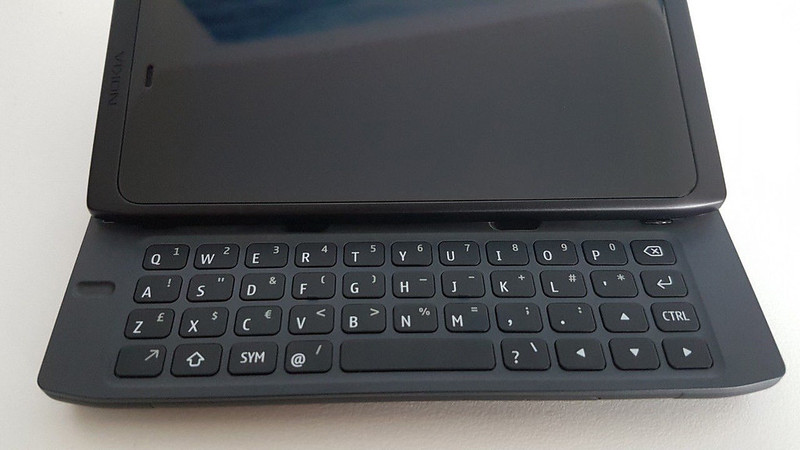 The problem with the design means that you end up with a shallow area for the keyboard. The Nokia N950 like the E7 and N8 don’t have as full a featured keyboard as the Communicator devices. 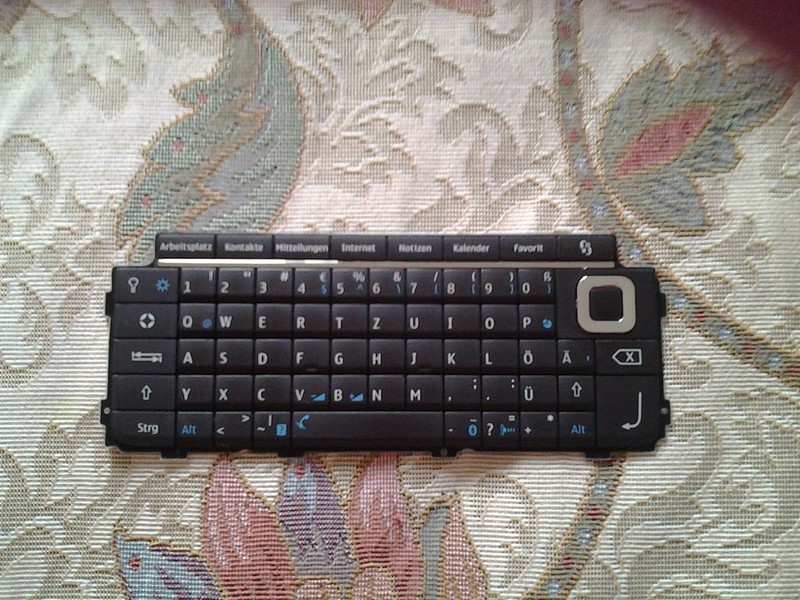 Here’s a keyboard from the E90 by comparison. When you were using the Nokia N950 you end up with a virtual keyboard on the screen  providing the tab,  ctrl, esc and alt keys, as well as very commonly used symbols.  Which begs the question of how useful the keyboard would really be for developers?

Compared to the modern iPhone, the N950 meets the goal of a mobile computing device much better. You can write longer emails and documents on the keyboard than the iPhone. The camera is adequate for most people’s needs and it shows in some respects how little the smartphone concept has moved on over the past seven years.

Could the Nokia N950 been the future?

Historically Nokia’s Symbian phones had been built on TI’s OMAP processors; but these didn’t have a roadmap for 4G wireless. Nokia had two choices bet on Qualcomm or Intel. Qualcomm had come out on top in IP related disputes, which probably made Intel seem more attractive. Intel was also championing WiMax as a 4G standard.

WiMax had limited adoption at best, Nokia was on the wrong side of networking standards and eventually was forced to use Qualcomm processors in Windows Phone reference designs.

`Nokia could have gone to Snapdragon processors but its joint relationship with Intel on the software side of things would have been tainted. There is also no guarantee that Qualcomm would have been a helpful partner given the history between the two companies and that both Android and iOS devices used Qualcomm products.

Secondly, Nokia bet all the marketing budget on the Lumia device launch which left nothing for the MeeGo devices.

Finally, Nokia would not have been able to get out of the legal contract that they had with Microsoft. The only way MeeGo would have stood a chance is if the Nokia board had not approved Stephen Elop’s proposal to go with Windows, rival schemes to go with Android and bet on the home team.