The estimated reading time for this post is 191 seconds

Reading Chinas Disruptors by Edward Tse is a great primer on how China’s enterprises are structured differently to foreign companies. The government / private relationship is a complex one. Tse does a good job at explaining it well. This alone is a good reason to read the book.

Tse’s background as China based management consultant and academic provides him with a greater understanding of how the China’s entrepreneurs work, which he channels into Chinas Disruptors.

His points about the equal but different status in Chinese versus Western innovation are well made and not given sufficient consideration in non-Chinese analysis of the country. 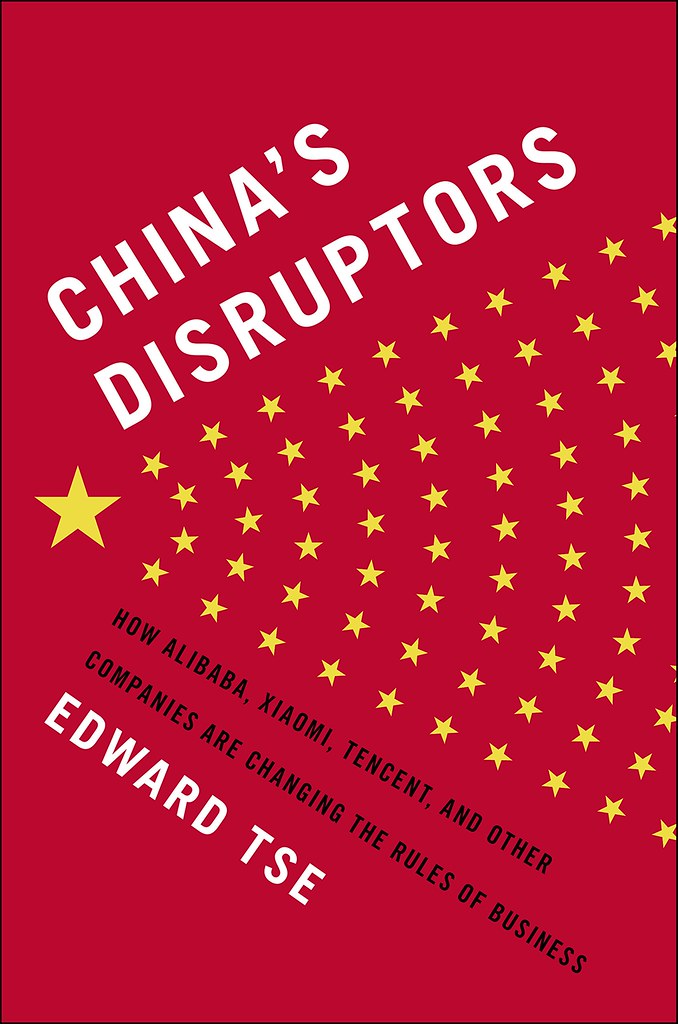 At the time of publication of Chinas Disruptors, Premier Xi’s changes were only starting to take root and so one has to take Tse’s writing in that lens. He identifies some of the main reasons why Chinese companies have managed to grow, even where they haven’t had explicit government protection: notably eBay versus Alibaba. It is also noticeable that eBay failed in Japan as well.

Tse didn’t cover how Baidu’s battle with Google in the same depth. Even before Google was banned; Baidu had become the market leader. Google didn’t do as good a job as it should have done indexing the Chinese web. The Chinese web was growing at a faster rate than even Google could have imagined. Google also struggled in other ideogram based language markets like Korea and Japan. This implies a weakness in their core search offering. Baidu has had only limited success outside Chinese language speaking markets.

The author takes an optimistic view on the future of Chinese companies abroad. He thinks that Chinese approaches applied to foreign markets will win out. Yet one of the key aspects of Haier’s past success has been extreme localisation.

As an outsider I detect a certain hubris and arrogance in some Chinese companies going abroad.

Tse doesn’t explore the wolf culture at all. The wolf culture that has been fostered inside some of China’s most notable companies has toxic side-effects on employees and partners. Even within the company it can create a ‘them and us’ division that splits Chinese workers from their non-Chinese colleagues. This is much greater than the grain of sand in a shoe type irritation that you get between US and other western management structures. It’s even greater than the insiders / outsiders friction working in a Korean or Japanese firm.

One of Tse’s examples: Chinese company Sany acquiring German concrete pump company Putzmeister now looks like a high water mark for Chinese acquisition of German technology and knowhow. Tencent buying into Reddit has seen a community pushback that is designed to push the buttons of an increasing assertive Chinese government.

The complex amorphous nature of Chinese company structures, the directive nature of their relationships with the Chinese government and strategic nature of their products has created an equal and opposites reaction in foreign markets. Chinese state companies have had variable success in Belt and Road initiative projects. The service sector growth desired hasn’t kicked in yet as Chinese consumers still prefer to save in preparation for whatever future change throws at them.

There has also been an attitude change in western businesses who have had enough. They’re tired of the regulatory environment and non-tariff barriers being stacked against them. You also see a backlash against globalisation spreading across the western world which will adversely affect China going global.

In conclusion, Tse’s work is an excellent primer, just bear in mind when you read it: