From Apple’s iPhone price inflation to Huawei and Blackberry’s Porsche Design devices, manufacturers have looked to cater to a ‘luxury’ consumer.

Prior to this is you had the Vertu phone with its concierge service and niche players like Goldvish catering for the the Gulf based clientele and Russian entrepreneurs. TAG Heuer tried launching its own phone.

The Pierre Cardin approach to licensing

Prada and Bang & Olufsen had collaborations with Korean manufacturers. Even Dolce & Gabbana allowed their names to be used on a gold anodised Motorola RAZR. But these brand licensing deals rather like what Pierre Cardin were famous for in the 1970s and 80s.

There was little input in the product beyond doing a launch.

Luxury is an attachment

Luxury brands have been smart enough to jump on the tech bandwagon in their product accessories. I used to have a Coach-made pouch for my Palm V courtesy of Sun Microsystems that I got given as part of a conference goody bag. (The dot-com era meant that money was thrown around willy-nilly).

There were a variety slide in pouches from the likes of Louis Vuitton for Blackberry devices and Apple iPhones respectively. This then evolved into cases like Moschino’s famous ‘McDonald’s fries’ box. 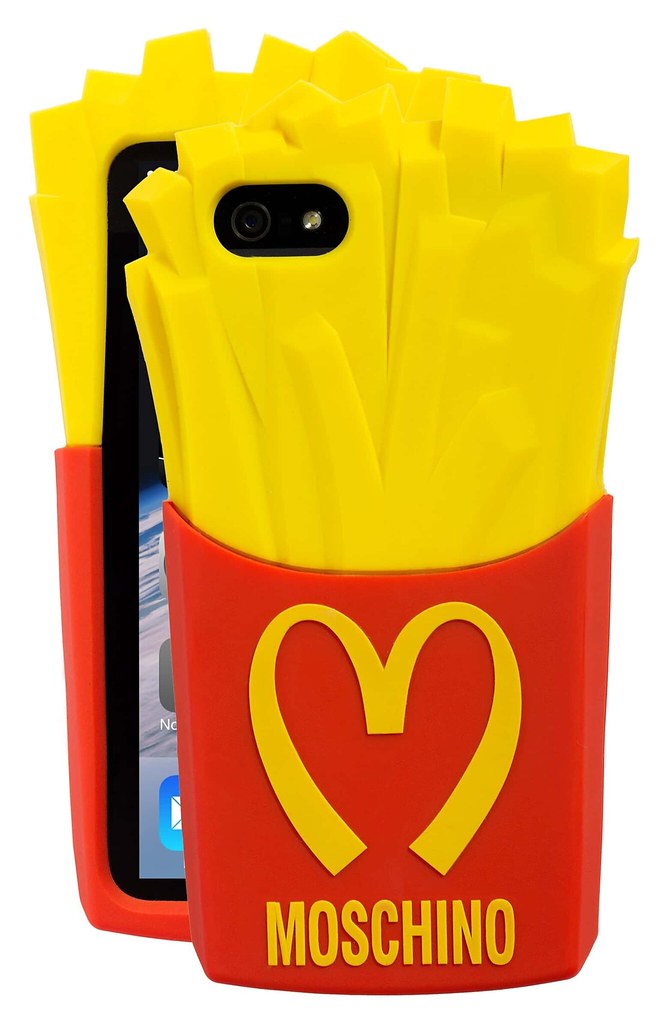 We know that China has become the workshop of the world. We know that Qualcomm’s reference designs, Google’s Android and Jolla’s Sailfish OS make smartphones easy (relatively speaking) to roll out.

We also know that luxury firms are not afraid of:

One only has to look at connected watches from the likes of Breitling or Louis Vuitton. Montblanc’s e-strap was way ahead of Sony’s WENA Wrist Pro Smart Watch Band.

We know that luxury brands have moved away from the the stereotypical luxury buyer being an older western person of means to a younger Asian person with family money. That’s why we’ve seen the coalescence of streetwear and luxury brands.

So where is the luxury smartphone? And why aren’t luxury brands embracing the space?

It would be reasonable to assume from this work that there is an inelasticity in technology pricing that makes luxury smartphones hard to sustain. It also explains why relatively low price accessories make more sense than ‘luxury’ smartphones. This seems to be a conclusion that Apple has some to (at least in China). It has rolled out discounts through third party channel members and made devices cheaper to purchase with zero interest financing.

This makes the moves by Huawei and Samsung beyond Apple pricing with their latest phone launches. These must be halo effect handsets with no expectation of real profitable production.