The estimated reading time for this post is 516 seconds

Immediacy is a relatively recent phenomena for consumers. It has changed the work and personal lives of consumers. It has eroded the barrier between work life and home life. It has redefined our support networks and friendships.

Before I wrote this post, I had conversation with a friend working on a project in Singapore who’d had an eventful few days. With zero thought I was able to see if he was online and reach out and see how things were going.

I’ve worked with clients who seem to email or message around the clock. For a while Snapchat streaks of several days were a thing – highlighting extreme immediacy in consumer behaviour.

I can remember the start of a working life without the mobile phone, or email. Fax machines were not items generally found in homes. You could buy them in Argos or the Viking catalogue with cheap thermal printing technology.

Sky had launched their analogue satellite business, but there also fanatics who had directed dishes. They were a very expensive version of radio hams and CB radios.

Satellite and cable TV meant choice. Some channels specialised and CNN specialised in constant news from around the world. Its ability to report events in near real-time came into sharp focus during the first Gulf War. Like most Europeans to me CNN was an idea, I didn’t actually have it in my own home. But it gave a deceptive taster of what always-on connectedness actually meant.

Home computers were distinct and separate platforms from business computing. Dragon, Sinclair Research, the Commodore 64 and Amiga. Atari moved into computing and saw success with the ST. Windows and Mac had only started to weave its way into European households.

The cassette was starting to be challenged by the CD in terms of personal media. The CD burner would arrive in mainstream homes a little bit after the Mac and the PC; right around the time of consumer dial-up internet access.

There was no free local calling so the American gen-X behaviour of spending the evening on the phone to your friends didn’t happen so much in the UK and Europe.

For medium and large companies there was an internal mail system. Mail would be exchanged between sites via a courier service overnight. The package would be opened and then distributed by an internal mail room.

I worked in the oil industry at the time, so we could do international communications through telex. Telex was a legal document. The best analogy I had for it would be if your office had a collective email address. When a message came in, these would be printed and then distributed by the internal post system.

Communications was a batch process for workers. In terms of importance as a task; communications was something that happened alongside the rest of your job. You might open your post mid-morning. You’d drop off any internal mail to a wire basket by reception by mid afternoon.

Immediacy in communications started first with PBXs (private branch exchanges). The office phone on every desk and at each point on a production line changed things. Direct dial out changed things up, you could phone suppliers directly. You could arrange for information to be sent to the office or work site fax machine. Receiving a fax would be a big event in your day. You’d wait by the fax machine to receive it. Later on as fax traffic increased; you’d get a call from reception to pick up your fax.

Now, many modern workspaces don’t have office phones, or if they do – they aren’t well maintained and on the way out.

Bigger companies had office phones paired with a voice mail system and ‘while you were out’ Post-It notes were a thing. 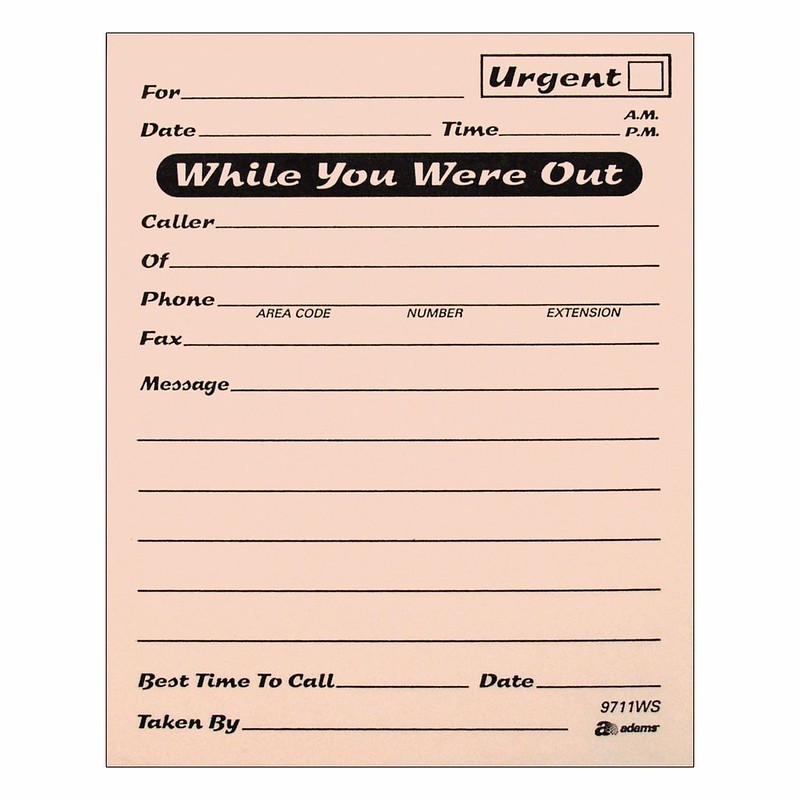 Mobile phones changed everything. My first mobile phone was a luggable phone that looked more like a piece of military equipment. It was used when I would be driving away from the office in a company car. The phone was strapped into the passenger seat.

Smaller models changed the game for sales people, plumbers and mobile locksmiths. I bought my first pager whilst at college. It was a text messenger where people would leave a message with an operator and this would be then sent on to me. Occasionally I didn’t get a message, it wasn’t as reliable as SMS is now.

In enterprises, internal email came along with the use of mini-computers. The first email account that I used, communicated internally. It ran on a DEC VAX mini-computer and I accessed it via VT100 terminal emulator running on a Mac Classic.

Very few people used email in the company. It was easier to get things in and out of the fax machine. Memos went on bulletin boards, people called each other or walked around the site.

In the US, free local calls, saw the rise of dial up services like AOL, Prodigy and CompuServe as a mass consumer service. Chat rooms might have been the reason why people signed up. Computer-based email and messaging quickly became the killer application.

In Europe the rise of 2G or GSM phones and SMS played a similar roles. My first personal mobile phone, came with SMS. At first it wasn’t much use, but when I moved down to London and started working in agencies I could message colleagues.

Businesses got on the internet. Companies used pre-internet protocols to exchange stock and financial information between sites. Often it was creative businesses first. ISDN lines offered a way of sending artwork directly to printers in a secure manner. It was a small perceptual jump to move from ISDN exchange to internet usage.

These businesses usually had a single email account for the business that was checked twice a day if that.

At college I got a glimpse of the future. We had internet over the JANET system. Liverpool had its first cyber cafe with a decent expresso machine and homemade carrot cake. I signed up for a Yahoo! account prior to leaving college. I wrote my emails as text documents on a Mac and took them to Liverpool on a Saturday. I would spend an hour sending my emails, keeping in touch with friends and applying to jobs I’d read about. I’d find out about jobs in The Guardian newspaper or marketing magazines. It was around about this time that I started buying the US edition of Wired magazine. It’s neon typography promised a cyber-utopian future.

At the time we didn’t see immediacy as the issue.

The problem was time keeping. Before the mobile phone, you would show up on time to a pub or a bar. But with SMS you could let people know if you were running late.

The second bug bear was information overload. It took as little effort to copy in 20 people on an email as it did to send it to one person. The web was still frustratingly slow. The speed that pages would load would grind to a halt when America woke up.

There were no social norms and ettiquette. Memes came around as attachments to emails, clogging up your account. Yahoo! used to have a section of meme-worthy videos and images on its site called ‘Office Attachments’ in a nod to this habit. Everything would be shared; a watershed moment was the Claire Swire email.

It was around about this time that people started to question the impact of communications had on productivity. It was certainly more convenient, but you lost a corresponding amount of time wading through your email inbox.

There was also a corresponding expectation in a faster response because of the convenience. So what did we lose? We lost time. If we think about CNN and other 24 hour news channels, it is easy to see what was lost through immediacy:

In agencies, the situation was rather similar. I was chatting to a senior person in client services at a major advertising agency. To paraphrase that they said: client service was better without email. Why? Because:

Instead things get escalated to senior executives so they can be talked about in-person or over the phone.

Having started my agency career working in the technology sector, I have a good idea of how the sales cycle works. Each new generation vendor finds ways to deal with unintended consequences of the past. The rationales have generally stayed the same.

In communications there has been a plethora of systems.

Slack is the latest in a long line of collaborative tools. But it spreads the communications like peanut butter rather than reducing to an optimal level of information. This is not Slack’s problem. For what it is, its a well designed application. The problem is that we still think immediacy is cardinal.