The estimated reading time for this post is 225 seconds

I spent much of January in Shenzhen and went to a concert played by a local band. I can’t remember much about their music save that the lead singer work a bowler hat and seemed to influenced by 1990s Brit Pop and A Clockwork Orange. What was remarkable about the gig was that for the first time in about 10 years I saw concert goers dancing, swaying, being in the moment. There was was no digital mediation of these big life moments. More importantly I saw them watch the concert with their view unmediated by a smartphone screen which allowed them to actually participate rather than record the event. 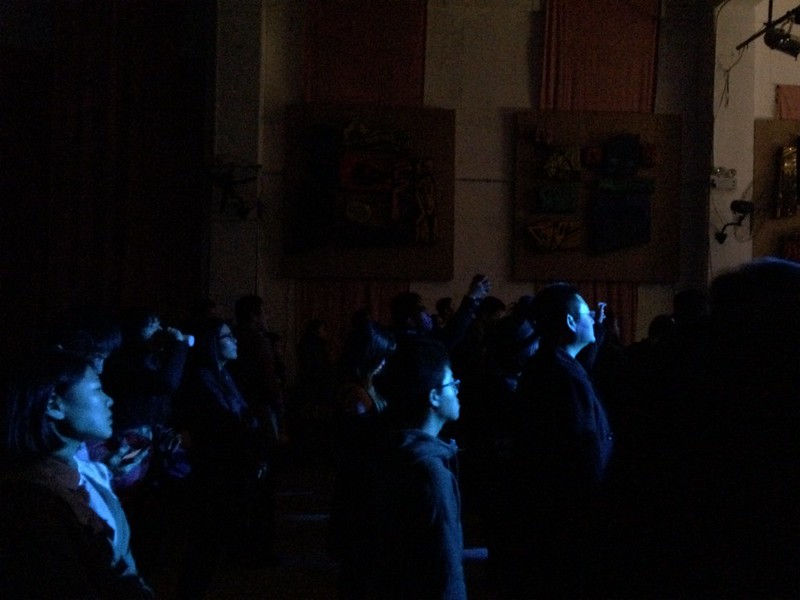 It was remarkable that digital technology had not invaded this happening as the audience were tech-savvy Chinese middle class. The ideal demographic where the smartphone has already achieved ubiquity to capture all their big life moments.

Kevin Kelly’s book What Technology Wants posits that technology like progress is a natural unstoppable force moving forward what he calls the technium. This movement forward changes life, sometimes in ways that aren’t necessarily great. Part of the issue is that social norms don’t move at the same space as technology hence the lack of rules around digital big life moments.

I was looking through Smart magazine: a Japanese men’s magazine and came across an advert for a digital wedding ring box. Big life moments don’t get much bigger. 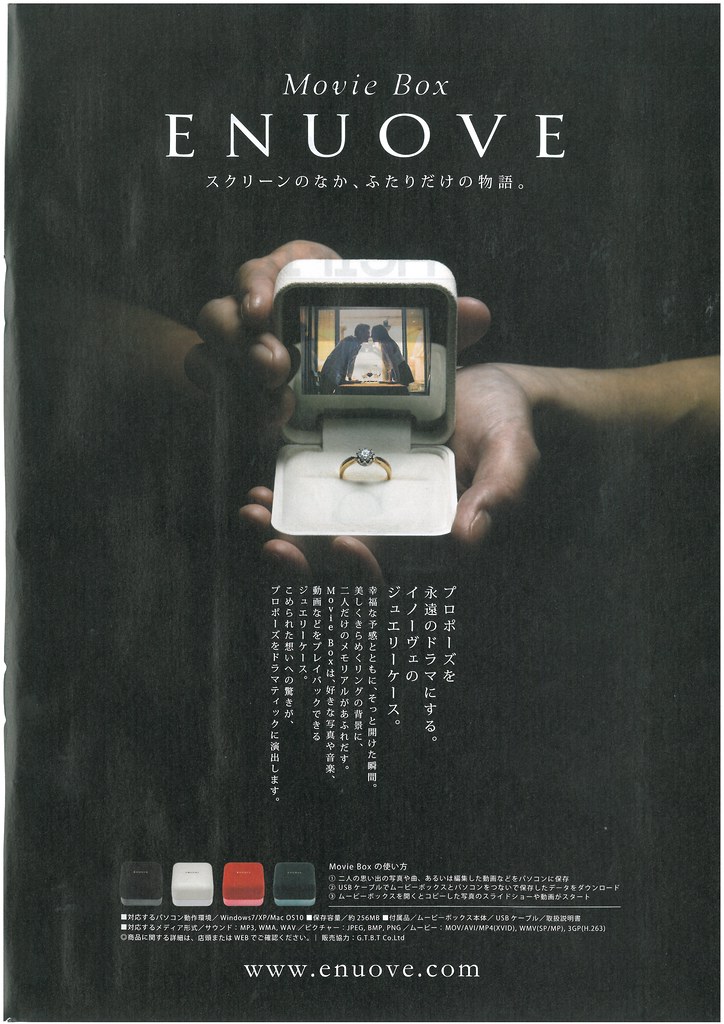 ENUOVE is a costume jewellery brand that has come up with the movie box; a small media player built into the wedding ring box which can accepts a small video clip in a number of popular formats.

I found this advertisement interesting  and cut it out of the magazine because it was a great example of digital inserting itself into social norms of one of the most important life events of all. I tried to understand what role the digital technology would play. Usually in the west, the ring is presented with the man down on one knee whilst he asks the object of his affection to marry him whilst presenting the ring.

My initial reaction was to think that the video allowed the man to use technology to mediate the discussion rather than having to worry about fluffing whatever speech that they had put together.  But what would the recipient think this cop out of doing a proposal by box.?

I asked two colleagues who were currently engaged. The first one pointed out that a non-verbal proposal was considered ok if it was suitably grandiose:

I thought that these were pretty extreme examples? Outlier proposals? My colleague indicated that this was the case.

The second colleague I asked introduced me to this video below, billed as the first lip dubbed wedding proposal that seemed to involved a whole neighbourhood as the cast.

Isaac’s lip dub proposal has been seen over 25 and a half million times. She thought that the digital box was ok; it was a nice novelty and would be reasonable for a proposal if the prospective groom didn’t have the gumption to pull off something at least as epic as Isaac’s lip dub wedding.

She might keep the box longer, as she didn’t even know where her current ring box was, it got lost after the first few weeks after the engagement.

Now admittedly my study is very unscientific, but my conclusion was that digital had permeated the wedding proposal in a different way to what I had anticipated. YouTube has had a thermonuclear effect on what my colleagues thought was an acceptable / adequate wedding proposal. It had to have drama, spectacle and a uniqueness to it.  Their major life moments would take on a large scale cinematic element.

The movie box offered a lower key alternative that was still acceptable due to it’s unique nature for a groom who couldn’t drill family numbers for a few months in performance of a lip dub or have their feelings writ large on a beach in the Maldives.

Digital had already permeated our big life moments and we’re all as eccentric as Stanley Kubrick. More related content here.