Google IO this week played out like a science fair trying to be an Apple keynote. It was interesting for me to watch to try and discern how this will affect commercial rivals. 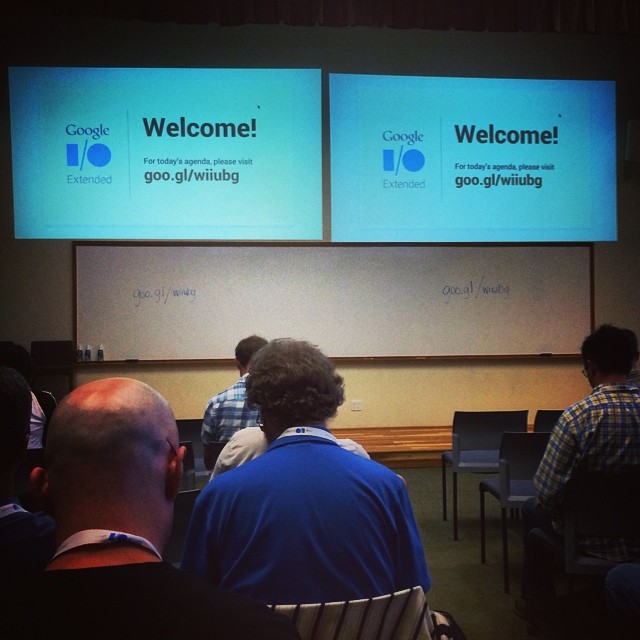 The most obvious casualty of Google IO announcements is not Apple or Microsoft but the Java language that Android’s application language is very similar to. Java was touted in the mid-1990s as a write-once, run-anywhere development language and pops up in surprising places. A variant of Java ran most of the pre-iOS smartphone games. It provided a development environment for early web applications including those used in the enterprise. Java had developed a strong footprint in consumer electronics that Android is now looking to usurp. Oracle had worked hard to support Java for embedded devices ever since it released the first Java development kit for OSX a couple of years ago.

Microsoft has already failed in mobile devices, having spent billions of dollars to maintain a toe hold – this situation may change over time, but for now Microsoft isn’t a relevant player in mobile devices. So Microsoft would be more threatened by the Google IO announcement of integration of its internet services into Android, than by Android itself. Gmail has become a development platform in its own right and Google is providing enterprise users with unlimited storage for $10 a month. Microsoft’s web services business has been growing rapidly to challenge the current market leader Amazon. Every part of that business from Azure cloud computing to hosted Exchange server functions are threatened by Google’s recent announcements.

Google’s announcement of a smart TV come games console would threaten neither Microsoft nor Sony will be particularly worried by Google’s plans for an Android-powered games console, at least for now. It is interesting that Google thinks there still a market for games console casual gaming rather than just for the zealots. This could be a winner if Nintendo became a developer and abandoned the Wii U – similarly to SEGA’s retreat from the games console market after the Dreamcast console.

The expansion of Android and related web services puts Amazon squarely in the frame as a competitor – however this is not a pushover for Google. Amazon has a strong position in digital goods and is the number one player in web services. In addition, Amazon (unlike Google) isn’t restricted in China, which will be one of the main makers of, and main markets for the products that Google is looking to put Android inside. Amazon has crashed and burned as a traditional e-tailer in China with just over 2% market share; web services and digital content could give the company a second wind. Outside China, Amazon already has the payment details of more high-spending consumers than Google, which gives Amazon the edge in the living room.

Whilst Google probably hasn’t set out to ‘kill’ players in the wearables sector, wearable hardware companies are likely to face rapid commoditisation as Android makes it easier to design wearable hardware. This hollowing out of the market will be similar to what happened to handsets before Samsung managed to prevail through the scale of its resources. The challenge will be if they can differentiate on superior industrial design and maintain a premium price, or move into providing web services that support compatible devices –  a direction where Nike seems to be moving with its Nike+ Fuel Lab.

The closer integration of Samsung and Google’s development efforts was probably the most interesting movement at Google I/O. Google’s divide-and-conquer strategy works when you have a number of evenly competitive players, but Samsung rapidly built scale and used its vertical integration to its advantage driving Motorola and HTC to the edge. Sony consolidated its hold on Sony Ericsson and LG have been grimly hanging on against its rival chaebol. Samsung tried to expand control of its eco-system with new applications, services and two new OS over the years – Bada and Tizen. Samsung partnership announcements including the integration of KNOX, represented a degree of detente between Samsung and Google – at least for the moment. This alliance puts other Android handset manufacturers like LG, Sony and HTC at a further disadvantage. It is less clear what this will mean for those developers who Samsung has persuaded to support their Tizen platform. Will that work have been wasted?

The integration of KNOX will also affect the core enterprise business of BlackBerry, providing yet another reason for not purchasing BlackBerry devices or server software.

The further expansion into the home is Google trying to hammer the nails into the cross that consumer electronics companies like Sony, Sharp, JVC and Panasonic are already attached to. However, Google would need to build rapport with Chinese companies like TCL; yet companies TCL is less likely to want to get on the Google train for a few reasons:

Google needs to find a way to address these issues, or partner with another player like Tencent which would take a lot of corporate manoeuvring; any partner maybe careful (if not leery) after they can see how Google’s relationship with Apple went south. Google may not be the barbarian Microsoft of the 1990s, but the organisation is now so big and complex that it could easily crush a partner thoughtlessly. That’s the last of my take from Google IO. More related content here.