Benetton was, from my personal perspective, a photo-streetwear brand of the 1980s and early 1990s. It had a particular European look.

This was back when European tennis wear like Lacoste and Australian by L’Alpina were exotic. The Pet Shop Boys were singing about the Paninara sub culture that was obsessed with designer clothing and American movie style. Benetton made highly branded t-shirts and rugby shirts, but it was best known for its knitwear. It was a family run business that pioneered the use of technology to automate clothing manufacturing in the face of globalisation.

At that time, thanks to Fiat adverts about its production line for the Fiat Strada, Italy was considered in the UK to be a highly sophisticated manufacturing power. There was a clear contrast with the striking British Leyland factory workers. Of course, the Fiats still rusted like their predecessor cars.

Being a family business Benetton was also able to do a famous series of adverts that provided progressive social commentary through shock tactics. 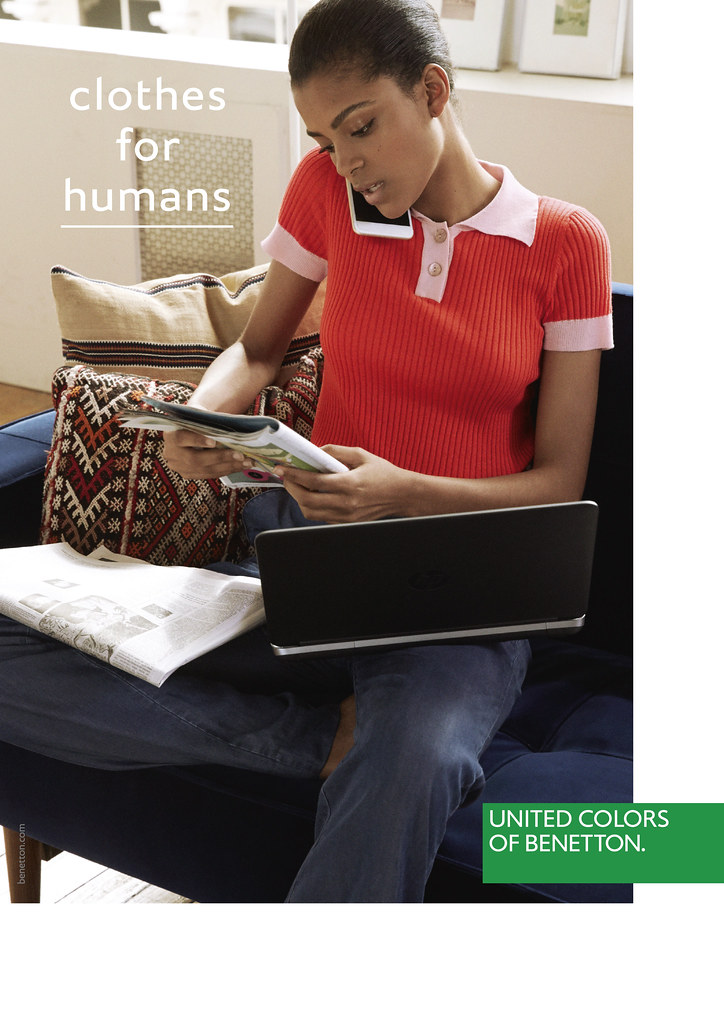 It’s new positioning is a marked move away from this heritage. It’s ‘Clothes for Humans’ tag line moves the brand towards the everyday – almost norm core in its message. It positions the brands as clothes for everyone – more Uniqlo or Gap than designer wear.