I was inspired to read True Names by a podcast. New York Times journalist John Markoff was interviewed by Kara Swisher on the Recode podcast in February and talked about reading science fiction to better understand how technology is likely to affect us. 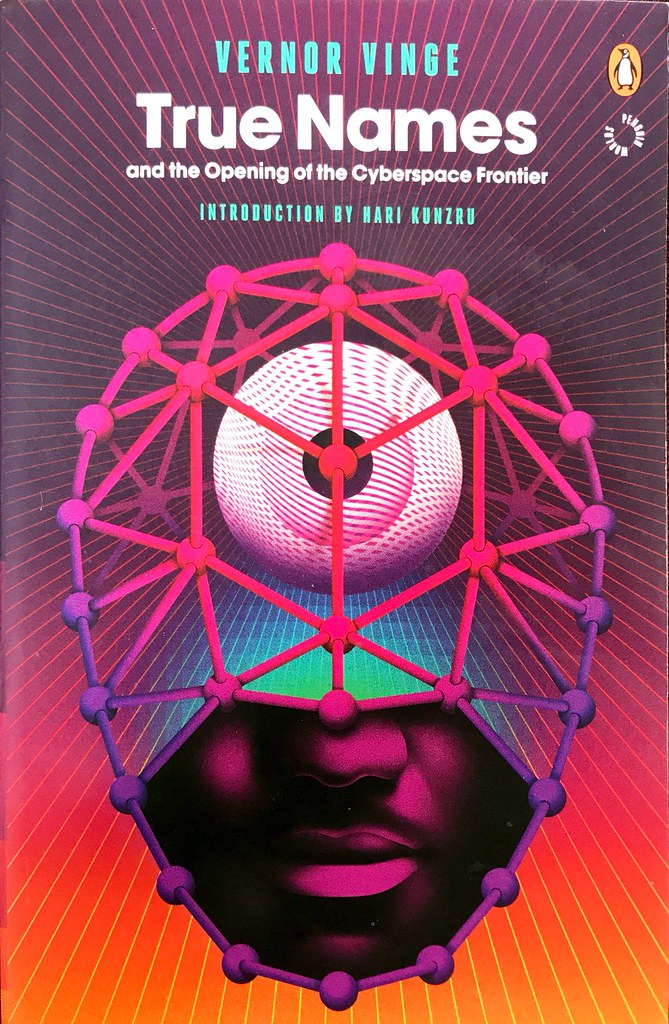 It’s actually a great piece of advice. Back in the day, large corporates used to employ authors to write stories based on scenarios as part of their research programmes. Many people have attributed the clamshell mobile phone to the Star Trek TV series and the flip communicator devices.

“Snow Crash” by Neal Stephenson (1992): “The premise is, America only does two things well. One is write software, and the other is deliver pizzas. [laughs] What’s changed?”
“The Shockwave Rider” by John Brunner (1975): Markoff said he built his career on an early understanding that the internet would change everything. He said, “[The Shockwave Rider] argued for that kind of impact on society, that networks transformed everything.”
“True Names” by Vernor Vinge (1981): “The basic premise of that was, you had to basically hide your true name at all costs. It was an insight into the world we’re living in today … We have to figure it out. I think we have to go to pseudonymity or something. You’re gonna participate in this networked existence, you have to be connected to meatspace in some way.”
“Neuromancer” by William Gibson (1984): Markoff is concerned about the growing gap between elders who need care and the number of caregivers in the world. And he thinks efforts to extend life are “realistically possible,” pointing to Gibson’s “300-year-old billionaires in orbit around the Earth.

I had read Snow Crash relatively recently and Neuromancer was revisited last year. I had a vague recollection of The Shockwave Rider and True Names, but hadn’t read them in over 20 years.

That True Names managed to attract essays from these people should be an endorsement in itself.  Re-reading it two decades on, Vinge’s story echoes and riffs on the modern web. Hacking, cyberterrorism, constant government surveillance and the tension between libertarian netizens versus the regulated  real world. The central theme of Mr Slippy; a hacker who is identified by US government officials and co-opted as an unwilling informant and agent provocateur feels reminiscent of LULZSec leader and super grass Sabu. It’s amazing that Vinge wrote this in 1981 – although he envisages the web as being rather like a Second Life / Minecraft metaverse – with NeuroSky style interfaces.

Penguin’s careful curation of essays riffing on the themes of True Names is where the real value is in my opinion. For someone who cares about technology and consumer behaviour. It is worthwhile keeping this book on the shelf and diving in now and again. More related posts here.