If you’re a Londoner, the end of summer is marked by two things; the Notting Hill Carnival and Trivago’s annual advertising blitz on public transport. In media land there has been some complaints. We need to talk about the Trivago ad – a triumph of media planning over creative execution according to an op-ed written by a creative in Campaign. The article is timely, it taps into a wider existential crisis about the death of creativity as advertising is swallowed up and pooped all over by Google and Facebook. 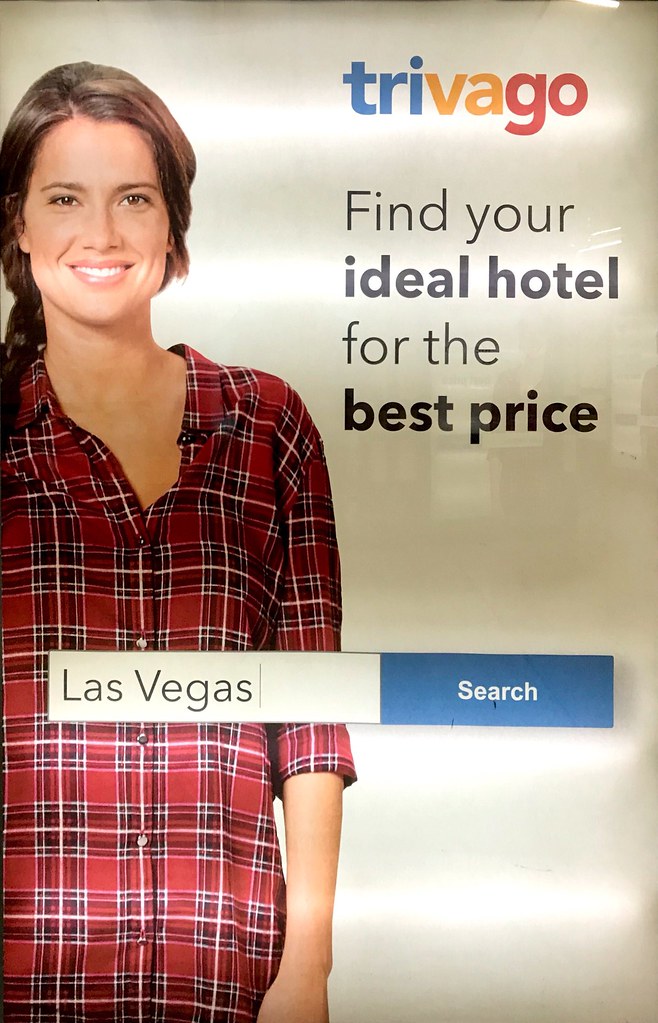 Her shirt changes. In some placements she wears a light blue shirt, she also wears one in red plaid. The logo moves placement too from top right to bottom right in the posters.

A few things about the campaign, some more obvious to marketers than others:

Why going hard and often? Travel is a mature sector with strong players. If Trivago isn’t top of mind, it isn’t competing. Engagement just doesn’t matter that much in this scenario, hence why the company backed off press releases at the end of May this year for the UK market.

The absence from online brand advertising is likely down to the comparatively high cost of running this kind of saturation campaign on the likes of Facebook advertising. This is why TV, radio and out of home media haven’t depreciated in the same way as traditional print advertising media.

The choice of campaign timing is more interesting. Traditional travel companies usually try and target a bit later in the year over the Christmas season in influence holiday shopping decisions.