Dawns Mine Crystal is an exhibition on at the Korean Cultural Centre between now and November 3, 2018. I was invited to a preview of it. The title Dawns Mine Crystals a reference to the material world and its intersection with symbols and metaphors. 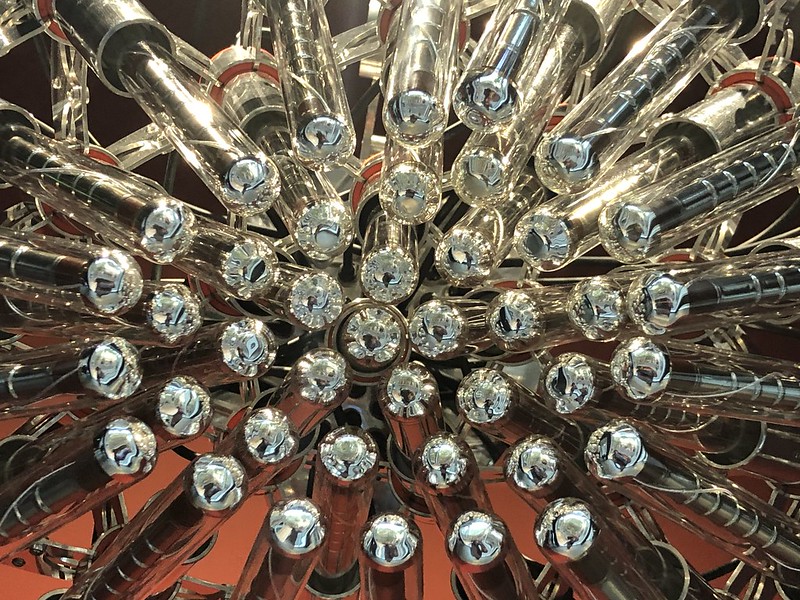 Dawns mine crystal reminds me of science fiction from the mid-20th century, vacuum tube based electronics and the Russian film Solaris. The chromed ray gun type appearance reminded me of everything from vintage Flash Gordon, art deco object d’art, Americana and 1950s science fiction like The Day The Earth Stood Still. I also thought about my Dad who used to visit electronics junk shops when I was a small kid that would be full of everything from valve driven circuits to wartime radar components.

The form and function of devices had a beauty to them like vintage fighter planes or the silver cathedral like structures of the chemical and petrochemical industries. I thought about Solaris when I stared into the swirling liquid surfaces of some of the installations, like storm clouds rippling across an alien planet.

It is well worth going to see, Mr Kim merges the world of art and science together in a way that is mesmerising and entertaining. It is unsurprising, given the works link to Arts at CERN, that the art pieces have a very scientific bent to them. The works will be part of a bigger exhibition that will tour venues in France during 2019 and 2020.