The estimated reading time for this post is 82 seconds 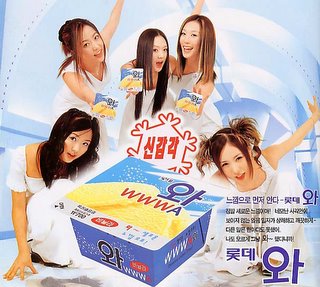 Hallyu – The rise of Korea as a cultural hotbed (what’s called the Korean wave in some quarters) in Asia: from the sexiest mobile phones, or well written and produced cinema to K-pop (the Korean equivalent of J-pop: sugar-coated Japanese pop music that carries well in other Asian markets and performed by young performers so physically perfect, you wonder if Sony hasn’t a secret laboratory protected by ninjas inside of Mount Fuji to manufacture J-pop artists).
Interestingly the Korean wave has not yet impacted on Japan in the same way as its neighbours, which was an interesting aside that came out of Richard Edelman’s keynote at the London presentation of his agency’s global trust barometer survey. Kudos to the New York Times Online (registration required).
Expect to see more of hallyu: the mix of professional product perfection and the conservative nature of Korean culture produces a product that travels better around the world than much US culture.

Mociology – The study of how mobile technology impacts with sociology from purchasing concert tickets to organising political rallies, raves and flash mobs. (Derived from mobile and sociology).

Microchunk – A product or service sold traditionally as a package broken down into its constituent parts so buyers can purchase a la carte for consumer electronics to news feeds. Think sachet marketing for the digital world. People like 37signals have successfully built ‘microchunk’ applications and services (like Backpack) that do one thing extremely well and compete against other much larger software companies that take a bundled approach leveraging an effective desktop monopoly (mentioning no names). Kudos for mociology and microchunk to Wired Magazine. More related content here.