I spent a good bit of time in Frankfurt this week, working with one of our clients on demystifying analytics and trying to put in frameworks out which they could get actionable insights. Being in Frankfurt was more exciting than the previous sentence makes it sound and great to meet people in person that I had only dealt with by phone or email. 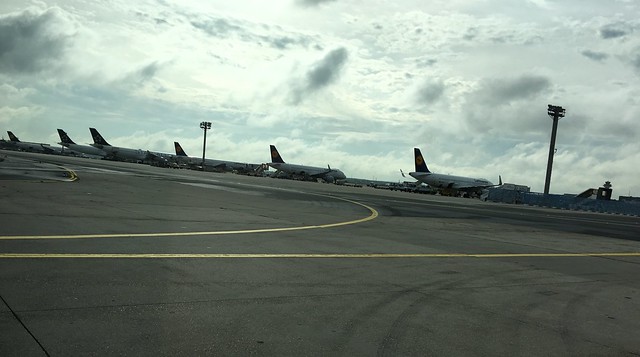 Japan-ized Cities: Surrealistic “Worldwide Tokyo-lization Project” – it gives you a good idea of how information-rich the urban landscapes of Hong Kong, Seoul and Tokyo are in comparison. More on Japan related issues here.

I love this video: Salute – Storm

Clint and Scott Eastwood: No Holds Barred in Their First Interview Together | Esquire – Clint Eastwood’s interview split people along political lines, but the sense you get of him not being beholden to anyone is something to admire.

Eastwood is probably the last generation to really think about physical expansion. California didn’t really come into its own until a post war migration to it as GIs demobbed. In some ways he is a connection to the cowboys that he ended up portraying in the southern Spanish deserts of Almería, villages in Sardinia or just outside Rome.

The Designers Republic Remembered – Creative Review – TDR didn’t necessarily do great graphic design, in reality it was more like art. As art, I think that their work ranks highly. It is hard to imagine the cultural impact that TDR had on UK design through to the early 2000s. You saw it in night club flyers, record sleeves, merchandise, video and web 1.0 design.