The estimated reading time for this post is 74 seconds

Author of The Four; Galloway is known as the founder of L2 and as a perceptive commentator on the digital economy (well as perceptive as anyone is with a bank of researchers behind them). He admits freely in his book that his fame was due to years of effort, advertising spend, researchers, script writers, video editors and studio time. 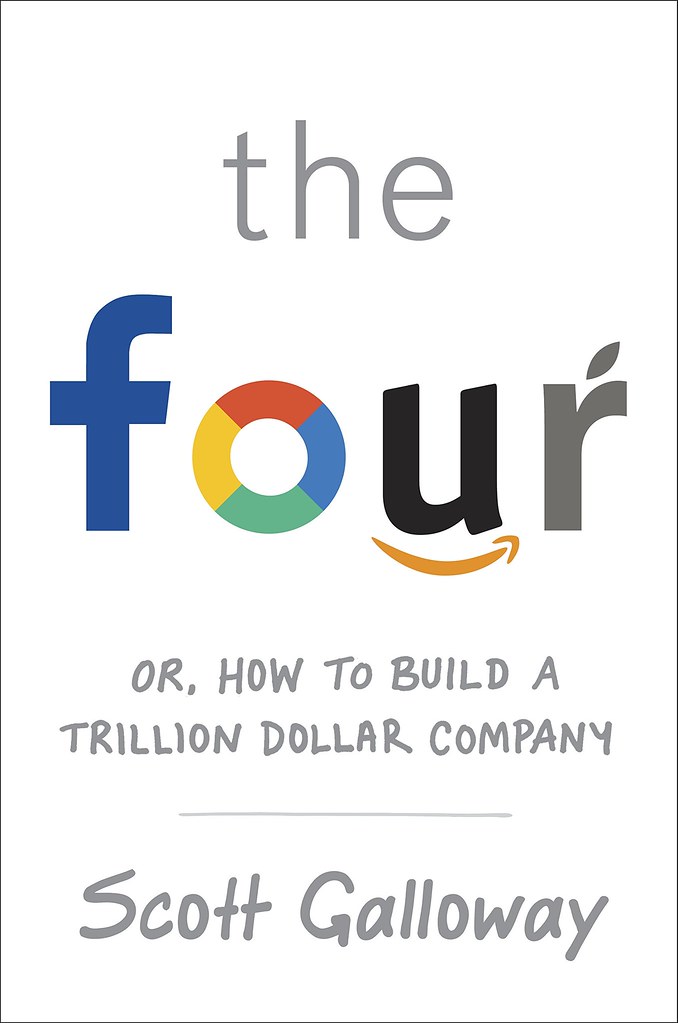 The Four is Scott Galloway channelling Malcolm Gladwell; explaining for the average man:

Galloway does a really good job of surfing the media and policy wonk groundswell against Google, Facebook, Amazon and Apple. Despite all that Scott Galloway has been a long term shareholder in at least one of the four – Amazon. Ethics only has so much.

As a digital marketer the book won’t tell you won’t know already know.  I found it a bit disappointing given the role that Galloway and L2 play in the industry.  Secondly, Galloway has already covered all the territory repeatedly in his media appearances and opinion editorials over the past year. He has left little unsaid that would be considered an exclusive for the book

As a digital marketer, if you want your family and loved ones to understand what you do for the living and the major issues that are shaping your job Galloway’s book is a good option.