Apple designed in California and sold in China. Is it now Apple souled out to China? Apple is often cited as being a technology brand with a purpose and profiitable. It is unique in mobile phones, computers, tablets and set top boxes. It has a throw back model to the pre-Windows age of computing. It is vertically integrated. 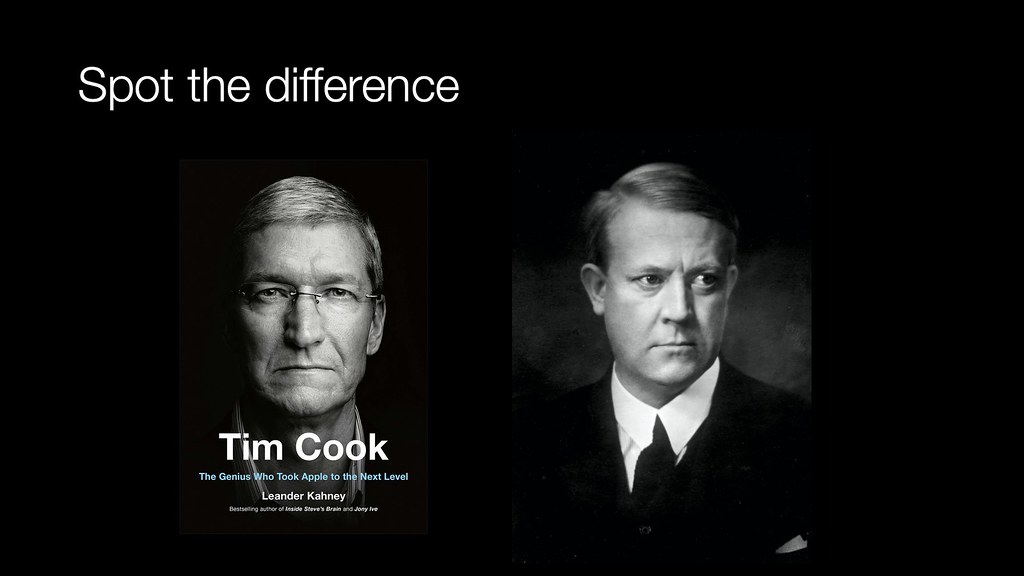 They make key software for their computer. They make the hardware. And in the case of every device except the Mac, they make the key components. It does all this without owning the means of production.

Apple doesn’t own its factories. It owns some of the machines in assembly plants. But if a legal dispute broke out, it would struggle to get those machines out of a partner factory. It’s production volumes are so vast; this puts a further constraint on partner choice. Apple’s electronic components are made around the world:

The device chassis, battery and assembly happens in China.

In software, Apple is reliant on two types of partners:

Their differentiator for the first thirty years or so was computing for non-technologists. Over time this has been articulated as:

Apple extended this process from the iMac onwards, making it easier to:

The pivot to privacy started back in 2003 with the launch of FileVault. It makes it easy to encrypt a hard drive partition, CD ROM or USB key. This was to help the Mac find acceptability within business. It also benefited consumers. Eight years later Apple launches the iMessage service which encrypts text, image and video messages by default. It also launched FaceTime video calling with encryption. Two years later, Apple builds Secure Enclave into the iPhone; encrypting the entire device. Over time, the technology moved from being business friendly, to consumer differentiator. It gave Apple clear separation from Google and Facebook. Privacy fitted into a Cook narrative about a company that promoted social good. This was part of the move to a post-Jobs Apple. One that thought social purpose was more than addressing the education market with high quality products. Tim Cook and Apple stood up for American civil rights and progressive ideals.

Concepts that in retrospect look rather naive when going into China.

Apple has already given over control and cryptographic keys of its services in China. Apple users in China do not enjoy the kind of privacy and security protections of users elsewhere. Apple has not gone to the mats on behalf of users. Apple’s service offering has been severely restricted. Apple’s book offering had to be withdrawn. The app store is without whole categories of applications. Apple Music has a much reduced catalogue due to censorship. Check out Six times Apple gave in to China | Abacus for more information.

The protests in Hong Kong shone a light on corporate kowtowing that has been going on for years. HKMap Live is similar to map / data mashups done for other protest movements. It plotted crowd sourced reports of police on a map.

The data offered is not granular in nature. It might give you a pointer if you commute is going to pop-up in the middle of tear gas and baton rounds.

This means that Tim Cook was gullible, or compromised when he made the following false statement about HKMap.live

“…we received credible information, from the Hong Kong Cybersecurity and Technology Crime Bureau, as well as from users in Hong Kong, that the app was being used maliciously to target individual officers for violence and to victimize individuals and property where no police are present.”

The problem is no one has come out and said in public what these instances were. Apple hasn’t provided any supporting evidence. One could guess that Apple’s calculus was that people can still use Safari to access the HKMap.live site.

But this comes on the back of Apple removing the Taiwan emoji from all iPhones using Chinese language input. That affects:

You could argue that Apple’s best days are behind it in China. WeChat has effectively built a smartphone OS inside its application. This has meant that the iPhone’s differientators and real world performance compared to Android are moot.

In the face of a changing political environment and rising Han nationalism; Apple is in decline. It’s a question of how fast, which means that Apple feels obliged to placate a mercurial Chinese state.

Big technology companies under the magnifying glass by lawmakers. Apple doesn’t have the issues that Facebook has. But it did develop most of the tax avoidance measures now used by Facebook, Google and Amazon. And the one thing both Republicans and Democrats can agree on is that China is a bad actor that needs to be confronted. Apple sits nice at the intersection of these two issues. Tim Cook took a high risk gamble positioning Apple in political crosshairs – in the run up to an election. I guess like Mark Zuckerberg, Tim Cook is hoping Elizabeth Warren doesn’t get in.

This also offers other technology companies a unique proposition. Their lobbyists could throw Apple under the regulatory bus for commercial advantage. Amazon’s lobbyists managed to blunt the threat of Apple Books to the Kindle book store. Do you think they or Facebook won’t offer Apple up as the sacrificial lamb?

Thinking about trade specifically. Apple has already moved up to a third of iPhone assembly outside China due to the US | China trade difficulties. This leaves the rest of its products under threat:

If you’re an American politician, Apple looks like a corporate Quisling. On the right wing, it acquiesces to Chinese government pressure, yet won’t help the FBI. On the left, it avoids its tax responsibility and kowtows to an authoritarian regime that wants to displace America.

One can understand why Apple has thought it could get away with Chinese practices. It was something that other companies do:

Apple hasn’t had significant pushback or scrutiny of its Chinese practices. Unfortunately, Chinese government hubris, 愤青 (fenqing) and the NBA has brought Apple into sharp focus.

The HKmap.live app is just the tip of a China iceberg:

The San Bernardino lawsuit looks less like a stand for privacy a la Edward Snowden. Instead Apple looks like it prioritises the interests of the Chinese government over the US.

There is a breach of trust for some Apple customers. Can you now trust Apple in other areas such as privacy?

What would China do?

Access to Apple’s global data would be an intelligence trove of kompromat. China wouldn’t be able to resist.

If you’re an Apple customer, you know Apple just isn’t cool. The trust in Apple’s privacy USP is blown. You can’t be sure what Apple won’t do to make China or other governments happy.

Western consumers are waking up to Apple having shattered an unwritten moral covenant, set by its progressive actions.

Prominent developers like Maciej Cegłowski (founder of pinboard.in) have been active in supporting Hong Kong protestors. It has put Silicon Valley developers on the opposite side to Apple. Cook will realise that there will be Apple insiders who sympathise with the Hong Kong protest movement.

Taking the morality out of the equation for the moment, if you’re an Apple developer or employee; you know Apple won’t have your back. Why should you help them? Why would you help facilitate them use your open source code to build their products?

How safe is Apple’s Safe Browsing? – A Few Thoughts on Cryptographic Engineering

Apple insists it’s totally not doing that thing it wasn’t accused of: We’re not handing over Safari URLs to Tencent – just people’s IP addresses • The Register

Apple China warning: US businesses could lose out – CNN