From Hollywood to the marketing industry we’re told that stories resonate with us. They are the reason why films, books, video games and TV dramas entertain. According to storytelling theorists like Joseph Campbell; we find fulfilment understanding what is happening. Campbell et al think that our enjoyment of stories analogous to the enjoyment of solving puzzles. What if stories can be more than puzzles for our enjoyment?

Our understanding of storytelling

Our understanding of storytelling is of a more tenuous nature than Newtonian physics or organic chemistry. You could argue that Joseph Campbell was a ‘victim’ of his discipline. He worked in the fields of comparative mythology and religion. Campbell was looking for universal patterns in stories. He assumed that rest of us are as well. Though this ‘understanding’ would be occcuring at a ‘low level’ in computing terms. Only select (mostly educated) people would think of it at a higher conscious rational level.

Like many academics in the early and mid-20th century his work drew inspiration from eastern religions. In Campbell’s case, like Nietzsche; he drew from Hindu thought. Campbell’s interest in Indian philosophy was due to a meeting. In 1924, Campbell encountered the messiah elect of the Theosophical Society. He was on a cruise liner from Europe to the US. Campbell was also profoundly affected by Nietzsche’s work.

“belongs to that class of writings which not only are of interest to specialists in Mahayana Buddhism, but also, because of their deep humanity and still deeper insight into the secrets of the human psyche, make an especial appeal to the layman seeking to broaden his knowledge of life… For years, ever since it was first published, the Bardo Thodol has been my constant companion, and to it I owe not only many stimulating ideas and discoveries, but also many fundamental insights.”

(Bardo Thodol is another name for The Tibetan Book of The Dead). A lot of this hinges on the value of dreams. Heres what Dream interpretation and false beliefs has to say. It was published in the journal Professional Psychology: Research and Practice in 1999:

“Dream interpretation is a common practice in psychotherapy. In the research presented in this article, each participant saw a clinician who interpreted a recent dream report to be a sign that the participant had had a mildly traumatic experience before age 3 years, such as being lost for an extended time or feeling abandoned by his or her parents. This dream intervention caused a majority of participants to become more confident that they had had such an experience, even though they had previously denied it. These findings have implications for the use of dream material in clinical settings. In particular, the findings point to the possibility that dream interpretation may have unexpected side effects if it leads to beliefs about the past that may, in fact, be false.”

This doesn’t necessarily invalidate Campbell’s theory in terms of storytelling. But it seems to cast doubt on the application of Jungian dream interpretation for clinical use. The best advice that I can give in this matter is caveat lectorem.

From Academia to Hollywood: formulaic stories

Joseph Campbell was a prolific author.  He published material that went into over 40 books. Part of this was due to the efforts of the Joseph Campbell Foundation, which collected his papers and published a number of work after his death. These included: coverage of his academic work, travel diaries and even his personal philosophy. It was picked up on by the American public, which has been endless quoted and misinterpreted due to the phrase ‘follow your bliss’.

The key work of Campbell was his 1949 work The Hero With A Thousand Faces. it was his first solo work and got him recognition outside academic circles. The central them is that ‘myths’ from around the world all share a common structure. This is what Campbell called a ‘monomyth’. The monomyth or hero’s journey was mapped out visually on Wikipedia 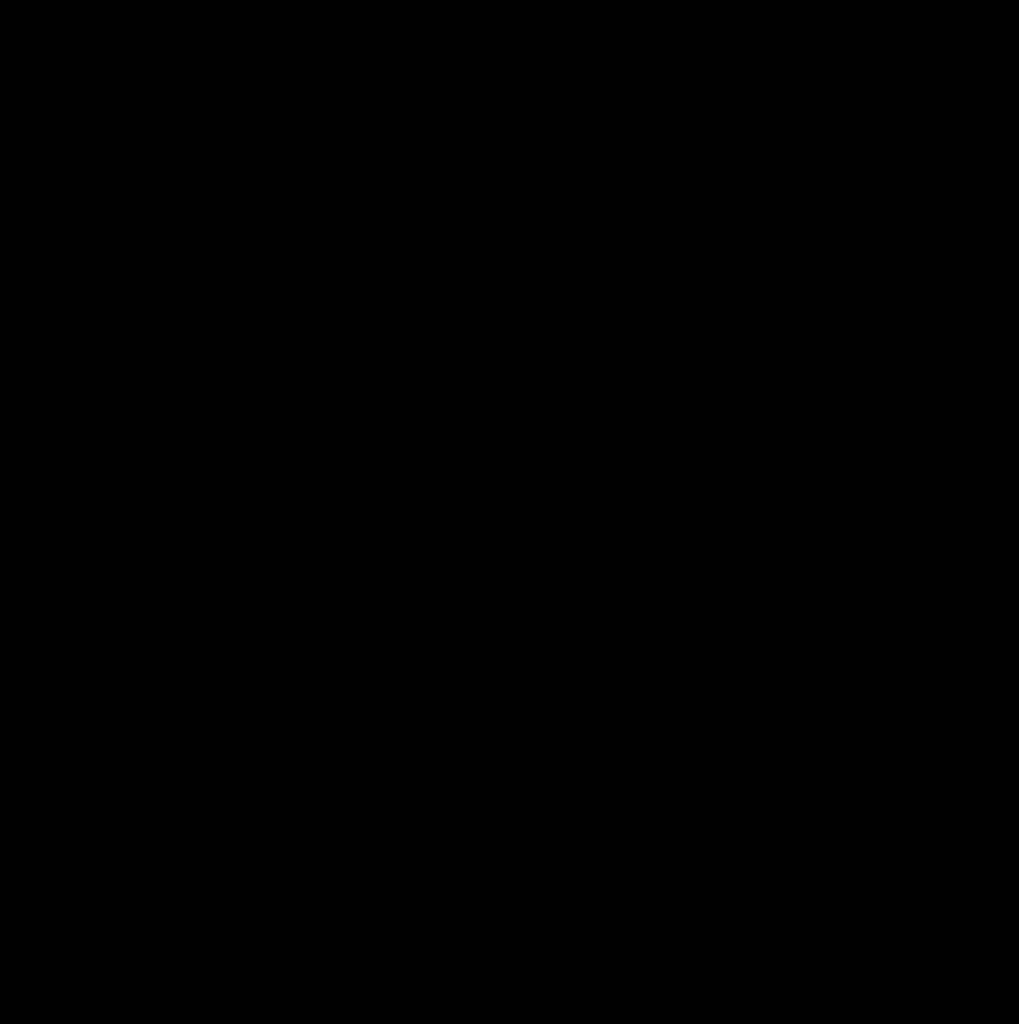 Campbell went on to propose the purpose of these myths which he grouped into four functions. Wikipedia described it thus:

Campbell’s work went on to influence luminaries of the 1960s counterculture movement including Jerry Garcia of the Grateful Dead and Jim Morrison. It’s obvious influence in film kicked in around the same time. Stanley Kubrick introduced it Arthur C. Clarke. This happened during their collaboration to turn Clarke’s short story The Sentinel into 2001 A Space Odyssey screen play and book. George Lucas’ role in the popularisation of Campbell’s work was probably the biggest single effect. Hollywood at the time was in a state of dramatic change. This change mirrored the kind of change that the punk ethic and independent labels wrought on the music industry a decade later. Artistic and cultural change, further globalisation of artistic culture, new motion film camera technology and the rise of television created a set of factors that helped facilitate the rise of New Hollywood. The initial success of these director-driven films allowed power shifted from the producers to the studios for a time.

Whilst Lucas was part of this movement; both THX 1138 and American Graffiti, fit within the New Hollywood genre. But like Stephen Spielberg, Lucas unwittingly created the next stage in movie development that helped producers take back their seat of power. Star Wars became a blockbuster. Though the ingredients were very different to the corporate creations of Marvel Studios or the Transformers franchise.

Its homage to the chambara films of Akira Kurosawa, pre-war Flash Gordon episodes and vintage westerns smacked of New Hollywood. It’s blockbuster status meant that the industry paid attention to valuable lessons learned. George Lucas became the first film maker to publicly cite The Hero With a Thousand Faces and other Campbell works as influences. Lucas repaid the creative debt that he owed to The Hero With A Thousand Faces by allowing Bill Moyes to shoot a series of interviews with Joseph Campbell  at Skywalker Ranch.

Campbell and storytelling theory then became baked into Hollywood’s DNA. Over time it came into marketing, firstly through the creative side of the advertising industry. Television advertising at the time borrowed creative direction and stories from movie expertise. Directors like Tony Kaye and Ridley Scott moved between advertising and film projects. Eventually storytelling moved through other parts of the marketing industry including public relations. Hollywood have taken a number of turns at further refining Campbell’s monomyth model.

One has to note that their goals are different from Campbell’s research. Hollywood largely seeks to entertain (for profit) and getting the viewer to suspend disbelief for the duration fo the movie or TV series rather than  achieving one of Campbell four functions. 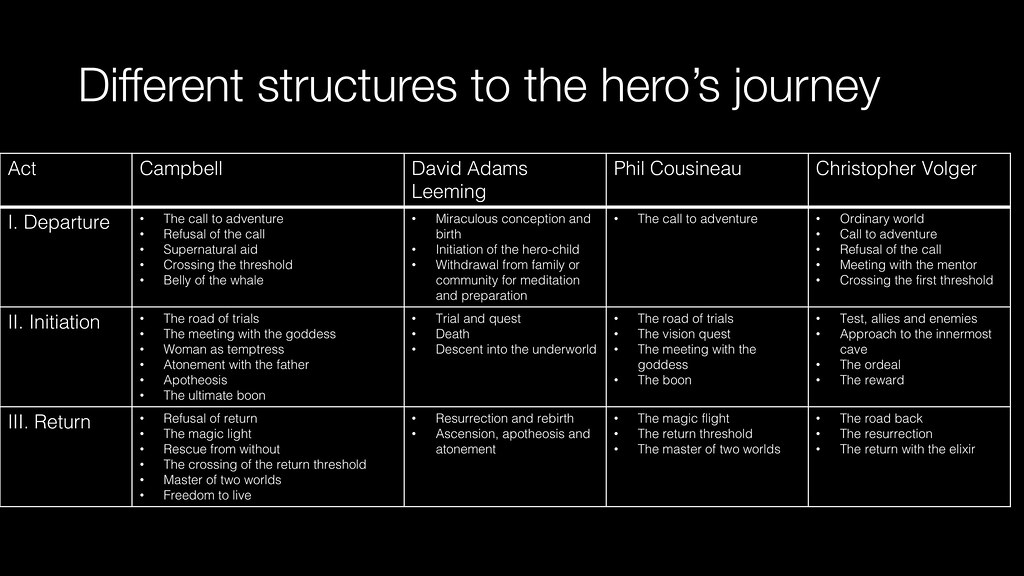 Volger is commonly cited by modern script writers. He refines and expands the thinking around the monomyth. Volger puts more emphasis than Campbell on the hero’s change in emotional state and internal journey.  His emphasis on emotion is important when one is creating content to land brand messages and would be of interest to the advertising community. The biggest area of disagreement that many have with Volger’s approach is that his structure implies a steady change in emotional state and internal journey of the hero. A paradigm shift in state would possibly create greater dramatic tension for the viewer.

From monomyth to winning algorithm.

Technology has moved from the creative process of film making an into the commercial side of the process. The movie industry is supporting machine learning based startups like ScriptBook. Belgium-based ScriptBook analyses screen plays to produce forecasts before a film is put into production. ScriptBook provides a box office earnings forecast, likely MPAA rating and recommended market demographics. Of course, many classic films had screen plays that were altered or completely rewritten several times. The tortured overworked scriptwriters working miracles in really short times and ‘script doctors’ called into ‘fix’ a bad situation. Both are part of the Hollywood system and its own mythology. In many respects ScriptBook mirrors the marketing industry’s move towards the adoption of predictive analytics for consumer behavioural change.

How stories work for the brain.

Behavioural scientist Nick Chater has roughly two decades of published academic work behind him based on research in various aspects of cognitive science. He has a depth and credibility to his work that we currently don’t have  on people and storytelling.

In his book The Mind is Flat, Chater posits that the mind doesn’t have conscious and unconscious aspects. Emotions aren’t hard wired, instead thoughts and feeling are created on the fly. This effectively invalidates Freudian psychology principles. Our inner voice is effectively our brain telling storytelling to itself.  Our identities are constructed and given shape on the fly by the stories that we tell to ourselves as we go along. The unconscious mind would appear to be a conceit about our depth.

This brings to mind the final episode in season two of Westworld, where the systems who had been trying to replicate humans realised their challenges. They had assumed humans were complex in nature, where as the show claims that they can be replicated in 10,247 lines of code, with definite limits on their potential. Of course 10,247 lines of code, whilst less than Photoshop could have a world of fractal complexity.

Essentially there is no ‘deeper’ language than storytelling. Stories aren’t only about rules and plot consistency, but about creative leaps.

This means from a marketing perspective whilst if we get stories right, they can be more powerful than we had previously imagined. In computing terms we would be writing direct the processor or ‘hitting the metal’ as games programmers would call it. It also needs to take into account that getting great stories is really hard.

It also casts more questions about whether we have learned the right lessons to date about storytelling from the likes of Joseph Campbell?