Years ago I wrote a series of posts with the link-baiting titles of ‘Facebook is a dead man walking’; the first post written in 2008. I say this so you can form an opinion up  front about my interpretation  around the idea of context collapse. 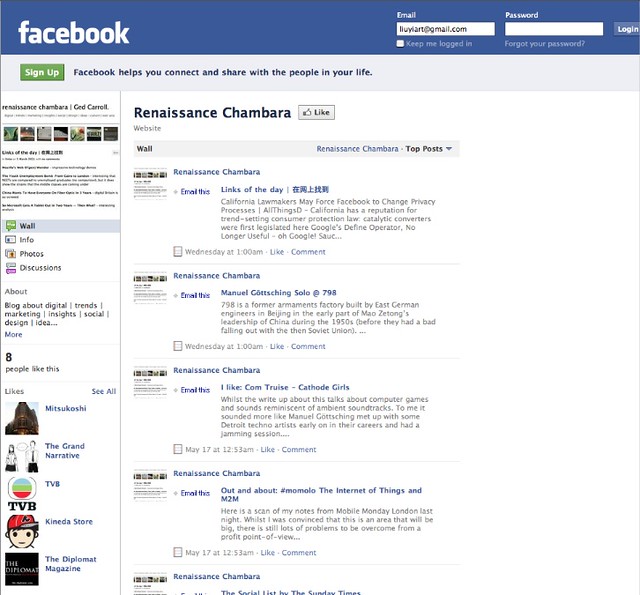 As of mid-2015, total sharing had declined by about 5.5% year over year while “original broadcast sharing” was down 21% year over year, the confidential data show.

This loss is especially acute with under 30 year old users. This loss in sharing according to Bloomberg company staff have branded context collapse.

What are the likely causes of context collapse? Here my are my hypotheses.

Negative network effects. Just five years ago ZDNet published research were respondents admitted that they were drunk in 75 per cent of their photos on Facebook. In 2016, when ‘friends’ means colleagues, superiors, clients, teachers or parents there will be a lot more self-censorship going on.  A more subtle form of self censorship will be also brought about in terms of societal norming.

Facebook lost a lot of trust with consumers with things likes Beacon. Consumers didn’t necessarily understand the nuances, they were told that it wasn’t good and their privacy settings are a major hassle to tweak – when you’re on edge about privacy, you are more likely to put a filter on your content.

Just over five years ago, Netbase had released brand research that showed consumers had a stronger, negative feeling towards Facebook than brands like Microsoft, Google or Twitter. That left room for other services to creep in for self-expression, messaging and sharing to small groups. Facebook bought some of the major players Instagram and WhatsApp, but doesn’t own all the pieces.