Why do a post about the Gawker-Peter Thiel court case?

What is the Gawker-Peter Thiel court case?

Silicon Valley veteran financier Peter Thiel was behind the financing of a court case that Terry Bollea “Hulk Hogan” filed over a sex tape. An extract of the video was published by Gawker Media. 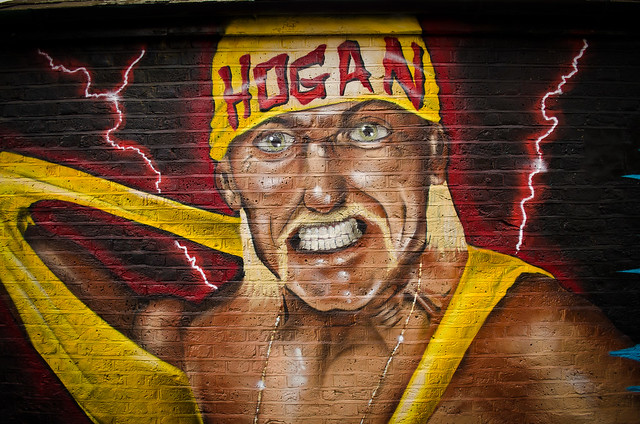 What Bollea did was stupid. As a veteran celebrity he must have realised that any kind of compromising position would be a tempting pay check for even his closest friends. The behaviour ran of the risk of endangering any commercial endorsements or media deals that he may have had in place. Usually commercial deals of this nature come with a good behaviour clause – I’ve had these clauses in every celebrity and influencer endorsement I’ve been involved with.

Bollea does have a family who would be caused considerable embarrassment by his actions. And it could be argued that secretly filmed sex between two consenting adults isn’t really newsworthy or pertinent for public consumption.

Gawker Media did what growing media empires have done in the past  and conduct ‘yellow journalism’.  Content of a puerile or sensational nature had been the stock in trade of William Randolph Heart, Joseph Pulitzer, Rupert Murdoch or William Aitken (Lord Beaverbrook). It isn’t morally defensible and it isn’t clever, it is an indictment of the audience.

Gawker did do the public a service, shining a torch on Silicon Valley in a way that hadn’t been done since the early days of InfoWorld’s Notes From The Field column and the book Accidental Empires: How the Boys of Silicon Valley Make Their Millions, Battle Foreign Competition, and Still Can’t Get a Date. The problem was that both of those were pre-smartphone and pre-Internet era portraits of the ‘Valley; back when it really did have foundries manufacturing microprocessors.

As an external observer and someone who has done PR for similar companies in the past. I would argue that the relationships between journalists and the Silicon Valley technology beat had become sufficiently docile that media didn’t provide the reader with insightful analysis of what was really going on.

It is the kind of relationship that the US military struggled to have in Iraq and Afghanistan through the embedding process. Instead of MREs and sharing the emotional highs and lows of action; San Francisco journalists got executive access and invites to the same social mixers and conferences.

Valleywag shook up media practices. Although editorial teams won’t admit it; the likes of Recode, TechCrunch and The Information took note.

Peter Thiel is the most interesting person in the cast of the Hulk Hogan court room drama. Thiel is known for his wealth and unique take on libertarianism. I won’t go into is Thiel right or wrong as none of the parties including Mr Thiel deserve our unreserved sympathies.  It all just makes me want to re-apply hand sanitiser before using the internet.

What I find most interesting about Thiel’s actions is the way it signifies a cultural shift in Silicon Valley that I have talked about for a good while.

It is hard to believe that within living memory San Francisco was a port city with fish canneries that attracted drug addled misfits drawn by everything from its freewheeling culture and access to drugs. The Santa Clara valley to the south was fertile farm land that grew apricots and prunes. Fruit brand Del Monte started right here. The area grew up as Stanford University and the scientific developments of the late 19th to mid-20th century science revolutionised the US military.

Silicon Valley had a reputation for doing things differently. The mix of academia, counterculture and defence expenditure created a unique culture that evolved over time. The collegiate work environment founded by Bill Hewlett and Dave Packard had much to do with their background in education at Stanford. The HP Way, a set of values guided the company for over 60 years until Carly Fiorina’s tenure as CEO.

Bob Noyce came to Silicon Valley to do pioneering work at Shockley’s lab. Unfortunately, Bill Shockley’s poor people management meant that Noyce became a last minute member of the traitorous eight and went on to found Fairchild Semiconductor and then Intel. In both of these businesses he founded a relaxed culture that was decades ahead of its time and similar to a modern day worker. If you work in a ‘cube farm‘ rather than offices – you can likely blame that on Noyce. His culture influenced interior design and did away with corner offices.

Whilst the enterprise software businesses like Oracle and chip companies like AMD mirrored the hard driving sales teams of their East Coast counterparts at IBM; many Bay Area companies were made of something different. Counterculture had seeped into the industry. The hacker culture of sharing software and the transformative nature of technology brought forth the Home Brew Computer Club and a missive from a nascent Microsoft CEO complaining about early software piracy. Steve Jobs had talked about how his LSD experiences had helped him do the things he did at Apple. Wired magazine was founded by former hippies like Stewart Brand and Kevin Kelly. There was a very good reason why The Grateful Dead were one of the first bands with a website.

I interviewed with a H-P employee back in the late 1990s who told me how had bought his ‘dancing bears’ tie and Jerry Garcia mouse mat from dead.net

The hippies in Silicon Valley brought their ‘back to the land’ ethos and doing their own thing. It is a form of libertarianism, but not one that Thiel or Uber’s Travis Kalanick would likely recognise as their own.

This was the libertarianism of the pioneer who ventured westward or the outlaw biker gang that yearned for the same freedom. The key difference is that the hippy technologist build their frontier to carry onwards, not having to worry about the Pacific ocean and instead going to new realms in code and network infrastructure.

The counterculture ethos could be seen even in web 2.0 products like Flickr which freely allowed customers to move their data or build their own apps on the APIs that the development team used.

Facebook is a marker in time for when the cultural tone of Silicon Valley changed. The hippies were out and the yuppies had taken over. Brogrammers and zero hour working for ‘Uber for’ applications that provide labour as a service.

The Gawker court case marks a similar milestone event in Silicon Valley culture. Thiel’s actions brought a number of his peers out in public to support him. Silicon Valley stops sounding like yuppies and more like the titan’s of the gilded age that would brook no disrespect and governed riches in the face of massive inequality. The Bay Area version of the American dream is dead for the secretaries and engineers who will no longer become financially independent on share options.

Customer service, once seen as a a way into start-ups is now a purgatory. I used to have a client in the late 1990s who worked their way up through a chip company from being in admin when the business was a new start-up to running marketing communications and PR across EMEA in the space of 10 years or so. That progression just wouldn’t happen now, the gilded class have their compliant (if at times resentful workforce) and now want a more respectful media.

The seeds of destruction are already sown for the gilded class. Innovation has moved East to the other side of the Pacific. Baidu is likely to be a leader in deep learning, driverless vehicles and innovation. The leading drone brand is DJI based in Shenzhen – rather than being designed in California and just assembled in China. Networks infrastructure leader Huawei are showing the kind of smarts marketing Android smartphones that Silicon Valley hardware makers would have had a decade ago.

Tencent has shown how dangerous it could be with the right marketing smarts. It already has as good software design chops as the Bay Area. Facebook Messenger bots have been on WeChat for years. If you haven’t done so give WeChat a try, just to see what the application looks like.

A compliant sycophantic media won’t help the gilded class build the financially successful future Silicon Valley in the same way that an inquiring body of journalists could do.

More information
The changing culture of Silicon Valley
Barbarians in the Valley
From satori to Silicon Valley by Theodore Roszak
A Declaration of the Independence of Cyberspace
Tech Titans Raise Their Guard, Pushing Back Against News Media – New York Times
Those Entry-Level Startup Jobs? They’re Now Mostly Dead Ends in the Boondocks — Backchannel — Medium