The estimated reading time for this post is 246 seconds

Thanks to Delphine at Traackr UK for inviting me alone to their event last week. I started to make notes about what was being presented but in the end also started writing reactive notes as thoughts occurred to me.  Here they are below (with the spelling corrected). 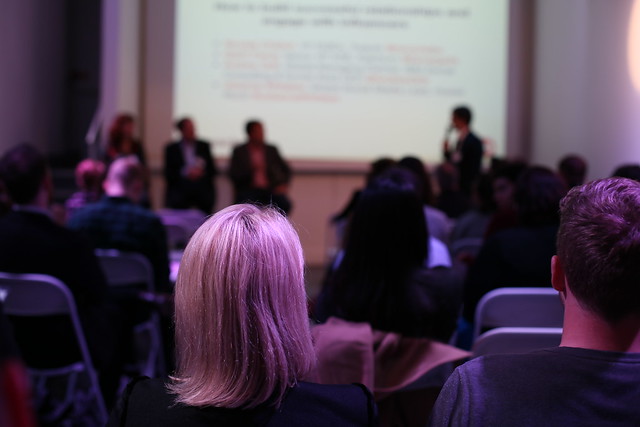 The event was given the theme of ‘beyond the buzzword’ which has multiple interpretations – Traackr looks at influencers more like a granular taxonomy than around keywords, but it also signifies a mainstreaming of ‘influencer marketing’.

There was an explanation of why influencer marketing

What became apparent to me during listening to the introduction and the presentations was that Traackr and the people on stage hadn’t met the same requirements I’d heard from clients with regards a business case for influencer marketing. Influencer marketing wasn’t quite taken as an article of faith, but considered to be a good thing. There was a focus on measurement benchmarking and a lack of concern over RoI or the lack of econometric data to back up the decision. The lack of econometric data to support PR is starting to become an issue and may affect where PR sits (at least in B2B environments at least for those companies with a strong marketing automation programme in place). 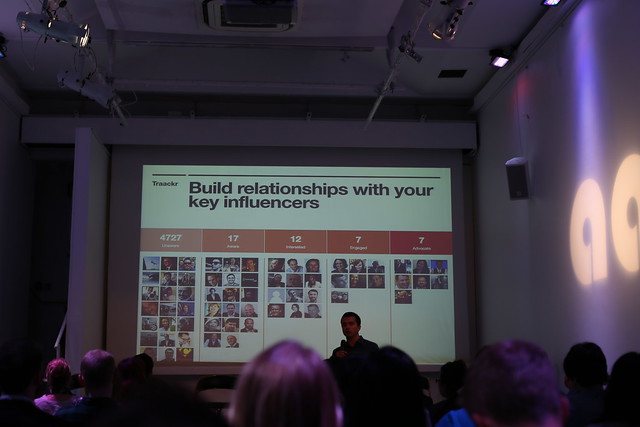 There was some hints that influencer marketing was looked at in a similar to customer services, in particular the advocacy journey above reminded me of customer service models.

Coca-Cola focus the majority of their influencer relations programmes on what Brian Solis calls the Magic middle, the point at between the head and the long tail in a ‘long tail distribution’, the man from Coca-Cola defined this as  ‘people who don’t have agents and strong bonds with followers’. They are likely to know the majority of their followers personally. They use interaction and prize give-aways as a way of encouraging brand advocacy and continued heavy consumption patterns. In a similar way to on pack tokens and giveaways would have done in pre-internet times.
They also like to do activities that encourage co-creation and in-real-life (IRL) interaction was consider the acme of these campaign interactions. When asked about whether they use sponsored / affiliate marketing of magic middle influencers – Coca-Cola generally don’t touch them. They only pay for a-listers and this seems to be on a market-by-market basis.
Interestingly, they use Traackr to consolidate programme data, keep things up to date, integrate with rest of the toolbox. I wonder what would be economics of this approach rather than using Salesforce’s tools to provide the customer records?
The objectives for influencer marketing at Coca-Cola where around brand love, brand affinity and purchase intent – which makes sense given the dynamics of the mature market oligarchy that they operate in.

De Grisogono is a Swiss-based jewellery brand that also make mens watches. They discussed their use of influencer marketing as part of a panel discussion. Historically luxury brands had been slow to react to social platforms due to their perception of exclusivity and what it meant to be exclusive. In many cases social was imposed by customers on the brands. De Grisogono sees social and influencer marketing as an extension of their IRL social events. Since they are a relatively new brand there was  also no heritage as baggage.
There overall intent is to drive footfall into stores, however it was interesting that they don’t look at location-based services like Swarm/Foursquare and instead focus on content channels. They don’t need to look at customer segmentation, since their approach to pricing does that for them.
They qualify influencers based on expertise and passion. Generally their jewellery influencers have 30-50,000 followers, mens watch influencers have less. This is in sharp contrast to fashion bloggers who may have millions of followers.
When thinking about influencer relations they put a focus on how they design content and experiences. They also pay a lot of attention to provide clients and prospects at any IRL events that influencers attend with adequate privacy.
The brand produces content that features influencer, to keep the production levels high. User generated content is not obvious for for a luxury brand (despite customers taking selfies) – De Grisogono take a more graduated control of visual content than other brands.
In trying to define the ROI, De Grisogono said that they don’t measure it explicitly but have noticed a causality between influencer coverage  and a 300 percent increase in press coverage.