The estimated reading time for this post is 181 seconds

Swatch have been doing some interesting things around personalisation of watch design, but Swatch and Brexit feels like a leap too far. They’ve got a really nice user experience in the web interface, which makes this a disappointing post to make. What other fashion or luxury brand has looked to exploit Brexit like a tawdry souvenir seller? 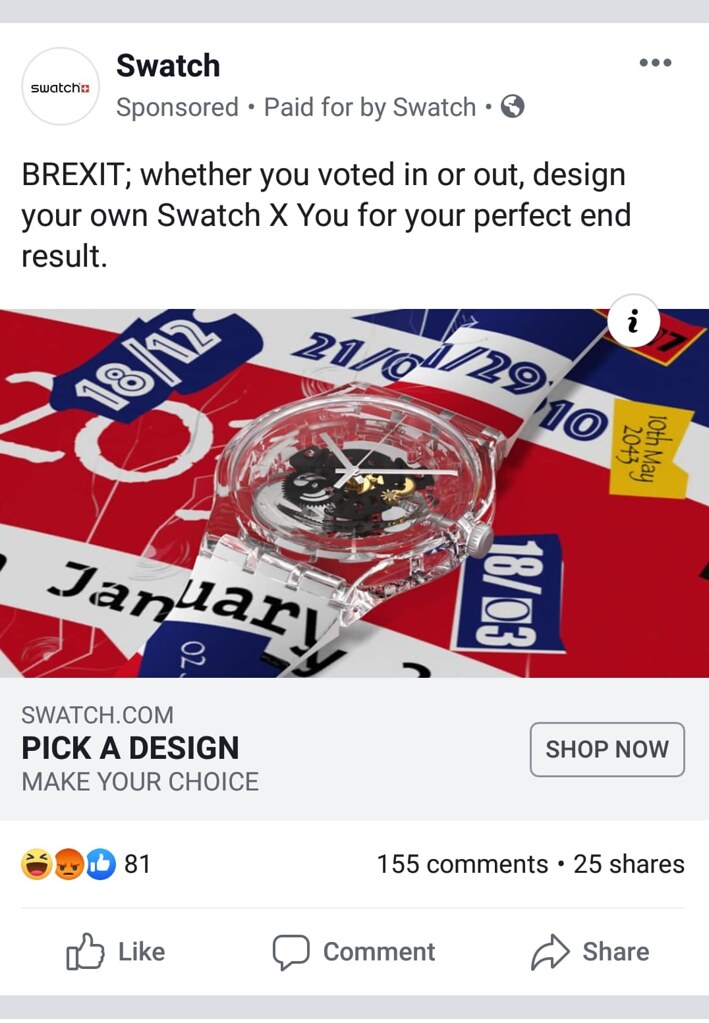 Cathay Pacific – Move Beyond campaign might have passed by without a mention for me for a number of reasons.

Creatively its nice. A generic, safe looking brand film with catalogue corporate video backing track. I know Jack Scott shot it and some of the cinematography is nice (that word again), the colouring of the film is on point for money well spent. As an audience member it is pleasant enough to watch drift by, but not necessarily enough to spike a change

In fact, if it wasn’t for the MTR (Hong Kong’s equivalent of London Underground and Overground) and Hong Kong International Airport outdoor advertising it would be utterly forgettable. One of the print posters has a couple of clothed men holding hands running on a beach. An ideal compromise between a socially conservative society and western virtue signalling. 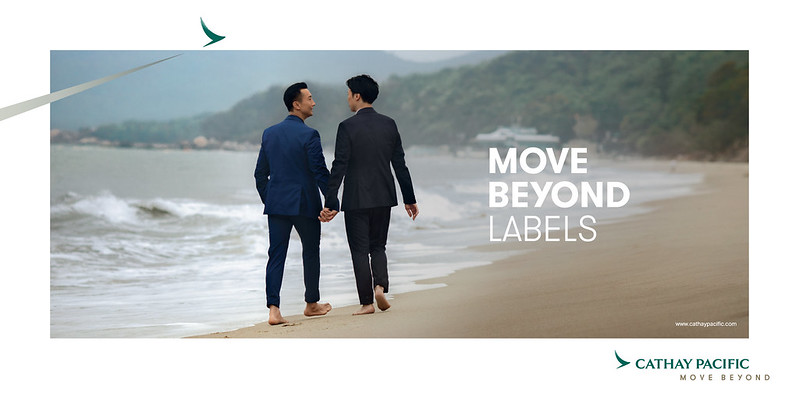 The poster wasn’t initially allowed to run on the MTR or in Hong Kong International. I heard some murmurings of China’s dark shadow casting a censoring hand on the posters – by westerners on social media. To be honest, they’d be more concerned about dealing with free speech, Falun Gong supporters, the Hong Kong independence movement rather than homosexuals being encouraged to walk on a beach in business smart suits.

Instead the reality is more mundane. A minority of Hong Kongers: Taoists, Buddhists, the non-religious and Christians alike are a bit ‘mid western American’ about the gay community. There is an obvious tension between deeply-held beliefs, the longevity of the family through children and grandchildren. Thankfully, the LGBT community and straight supporters managed to have the ban reconsidered.

I am guessing that Chanel has insights to show that women buy its J12 watches, whether as a gift for someone else or themselves. William Chan is an interesting brand ambassador choice in this video. There is criticism in the YouTube comments on his pronunciation and ‘Chinglish’. It also feels a bit too ‘sweet’ to me. At least he’s a good boy who loves his Mum.

Lastly I found this amazing corporate film by Sony of their corporate history that I guess was shot in the early-to-mid-1970s. The manufacturing process, in particular test and measurement being so labour intensive is fascinating. The 5 inch micro-TV set is a beautiful piece of product design, as is the early Trinitron TV set. The hi-fi equipment is achingly beautiful. Well worth watching it from start-to-finish. More Sony content here.