The estimated reading time for this post is 214 seconds

When I was in college I interviewed for a few placements, one was with Hewlett-Packard in Germany. They wanted a marketing student to look after their printing brochures on demand initiative for their UNIX product line. This was going to save them a mint in terms of marketing spend using an Indigo Digital Press rather than brochure runs on litho printing, reducing waste, storage needs and allow for faster document updates. (HP went on to buy Indigo in 2001).

Commercial adoption of the web was around the corner, I was already using it in college, but its ubiquity still seemed quite far away. I decided I didn’t want to go for the job primarily because I wanted to get my degree over and done with. Also HP weren’t paying that much for the role.

We were interviewed by a succession of people, the only one who was memorable  was a guy called Tim Nolte who wore a Grateful Dead ‘dancing bears’ tie and had a Jerry Garcia mouse mat in his cubicle.

At that time HP, had the dressing of the company man but had more than a few hippies on the payroll who permeated its culture. Reading Robert X Cringely’s Accidental Empires made me realise that technology was as much a culture war as technological upheaval.

If one looks at the icons of the technology sector up to and including the early noughties many of the people were influenced by the counterculture movement if not part of it. The  Grateful Dead where one of the first bands to have their own website at dead.net. The Electronic Frontier Foundation was founded by John Perry Barlow, a lyricist with The Grateful Dead. Steve Jobs was influenced by Indian mystics and his experiences using LSD.

Stewart Brand who founded WIRED magazine and The WeLL was the editor of The Whole Earth Catalog, a guide to useful things for people who wanted to get back to the land. He was influential in the early environmentalist movement and had been involved in the counterculture of 1960s San Francisco. 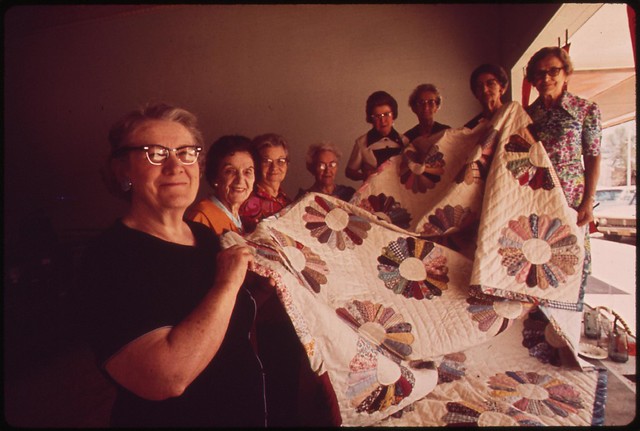 Ideas from open APIs and creative commons came from their libertarian values. Open Source Software again comes from academic and countercultural attitudes to information and has had to defend itself from accusations of communism, yet it now runs most of the world’s web services and gadgets from smartphones to Google’s search engine.

Reading the Cluetrain Manifesto is like reading a screed that could have come from an alternative Haight Ashbury.

Aeon magazine wrote an article on how yuppies have hacked the hacker ethos, but the truth is they’ve got behind the steering wheel as web2.0 declined. The move from open web API’s and the walled garden approach of Facebook and their ilk marked a changing of the guard of sorts.

Flickr had and ability to move your photos as a matter of pride in their product. Just a few clicks kept them honest and kept them innovating. Joshua Schachter’s similar approach on del.icio.us allowed me to move to pinboard.in when Yahoo! announced that it would be sunset.

Government always is the last to catch up, which is the reason why open data only really gained mainstream political currency in the past five years.

Were now in a changing culture that sees a Silicon Valley whose values are closer to the Reagan years and I am not too sure that it will be a positive development.

I suspect that the change won’t be positive for a number of reasons. Greed will be good. There will be no lines that won’t be crossed in the name of shareholder value. Innovation will be viewed as a cost. Silicon Valley’s imperfect meritocracy will be undermined by a boy’s club mentality.