Mark Ritson wrote an op-ed over at Marketing Week on influence and influencers. Whilst it lacked nuance on the subject area, a lot of what it said is true. Go over and have a read; I’ll be waiting for when you come back.

Whilst I disagree on the finer points, what Ritson wrote needed to be said. There needed to be a turning of the tide on influencers from boundless optimism to a greater degree of sobriety and critical analysis of the influencer opportunity.

I first noticed this boundless optimism when I attended the In2 Innovation Summit in May last year.  Heather Mitchell on a panel. Mitchell worked at the time in Unilever’s haircare division where she is director, head of global PR, digital engagement and entertainment marketing. I asked the panel discussing influencer marketing about the impact of zero-based budgeting (ZBB) and the answer was ducked. ZBB requires a particular ROI on activity, something that (even paid for) influence marketing still struggles to do well.

This was surprising given the scrutiny that other marketing channels were coming under, I couldn’t understand how influencer marketing merited that leap of faith.

This time last year I noted:

Just five years ago we had managed to get past the hype bubble of social and senior executives were prepared to critically examine social’s worth. In the meantime we have had a decline in organic reach and massive inflation in both ad inventory and influencer costs. What had changed in the marketers mentality?

The First Circle of Bullshit: Are the followers real?

The Second Circle of Bullshit: Are influencers trusted?

The Final Circle of Bullshit: Do they have influence?

Global interest in influencers have been accelerating 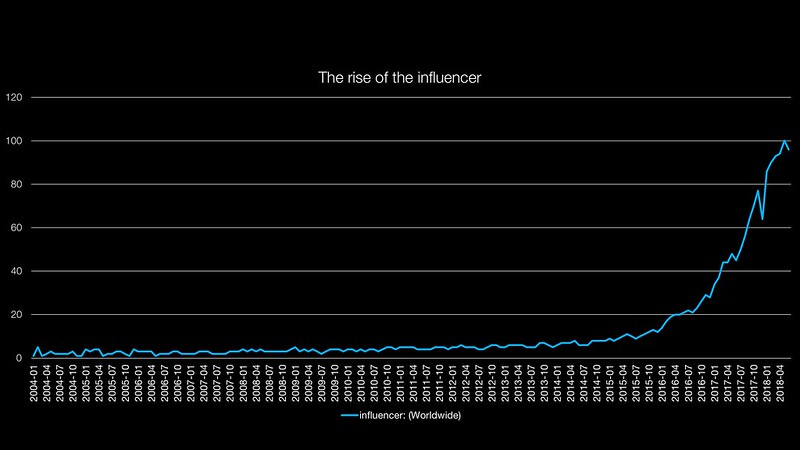 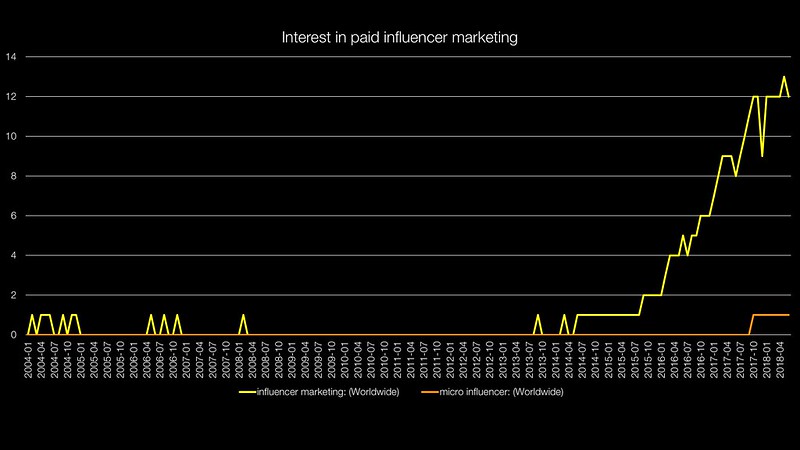 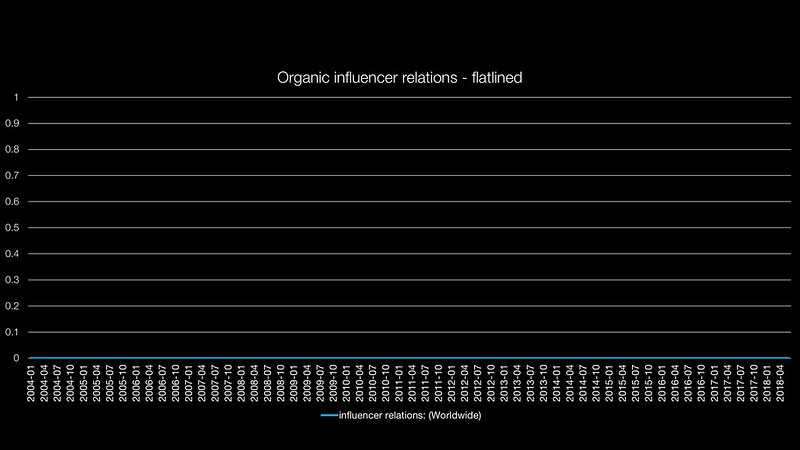 All of which supports the following hypotheses:

Propagation of the content by real people. Instagram, a particularly popular influencer channel, has made sharing posts difficult for followers historically. Re-gramming was a pain in the arse for the average Instagram user. 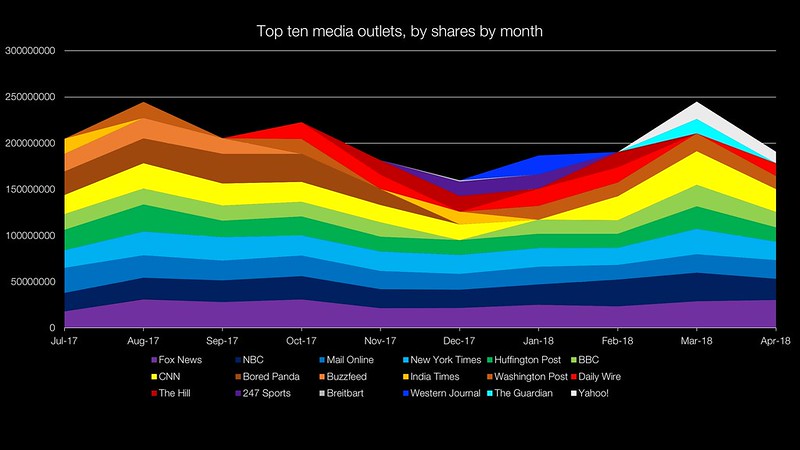 If we look at the mainstream media and how it is shared on Facebook we see that only five media brands are consistently in the top ten most shared media properties. ‘Traditional’ influencer status isn’t necessarily a garrantor of consistent successful propagation either, if Newship’s data is to be believed.

Attributed sales. Some luxury brands in China have had success collaborating with influencers and selling through their channels; the post child being Mr Bags collaboration with Longchamps.

How is the best way to use influencers in marketing?

Assuming that you are using influencers in the widest possible sense at the moment.

Treat the majority of influencers as yet another advertising format

That means that reach, the way the brand is presented, and repetition are all important – smart mass marketing following the playbook of Byron Sharp.

All of this might work for a luxury brand, IF you found that the amount of agency time and creative work made commercial sense. It is less likely to work for normal FMCG brands. What self-respecting influencer is going to be bossed around by a breakfast cereal?

Thinking about micro influencers, probably the area that has had the most interest from marketers recently due to them appearing to be better value than macro influencers.

This approach is more likely to work in certain circumstances; where there is low friction to conversion (e-tailing for discretionary value items).

It starts to fall apart when you deploy their approach to:

You would also struggle with many B2B segments where social provides a small reach and little social interaction.