Tesla Model 3 Survey: What Owners Think About the Electric Car – interesting read, Toyota and VW Group will eat them alive as their electric car programme take off. I am not going into the dumb nature of Li-ion versus hydrogen powered vehicles… 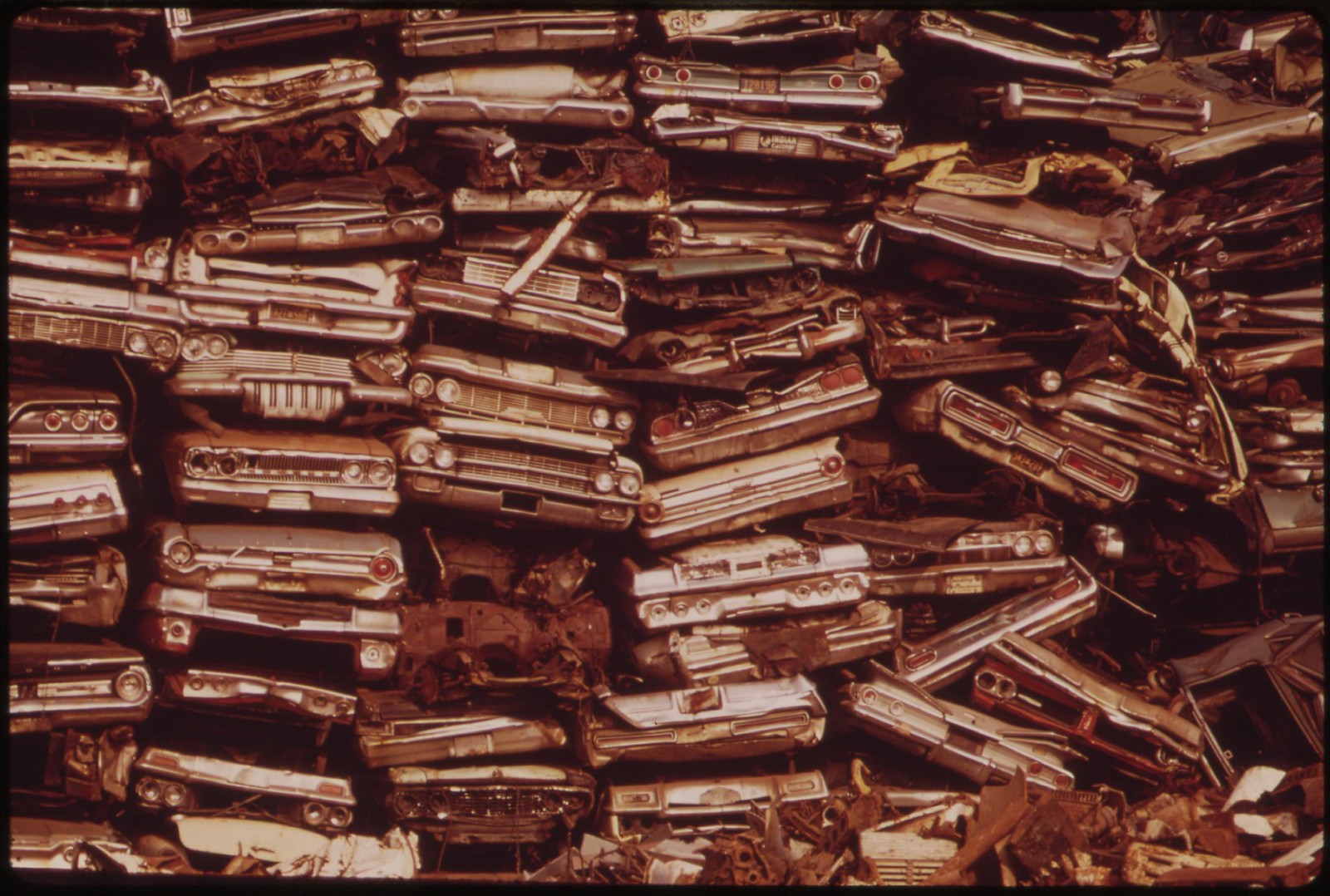 ‘Caveat Emptor:’ State Dept. Mocks Russian, PRC Weapon Sales In ‘Buy American’ Pitch « Breaking Defense – four Chinese-made Harbin Z-9 helicopters purchased by Cameroon in 2015, one of which crashed soon after purchase. Similarly, Kenya bought a handful of Chinese-made Norinco VN4 armored personnel carriers, “vehicles that China’s own sales representative declined to sit inside during a test firing,” he claimed. “Since going ahead with the purchase regardless, sadly dozens of Kenyan personnel have been reportedly killed in those vehicles,” Cooper said, adding “caveat emptor!”  He also slammed Chinese CH-4 armed drones, which various countries in the Middle East have found “to be inoperable within months, and are now turning around to get rid of them… We have seen countries around the world leap at the chance to obtain high-tech, low-cost defensive capabilities only to see their significant investments crumble and rust in their hands” – buy China and pay twice, interesting to see this in the defence sector. Is the export quality worse than the products for the PLA? Or is China falling down on maintenance and services packages (customer service)? I think the Russian argument is harder to make given their decades of experience building simple, but effective defence products

Ireland Inc.: The corporatization of affective life in post-Celtic Tiger Ireland – Diane Negra, Anthony P McIntyre, – how a post-Celtic Tiger Irish government aligned with elite interests has doubled down on its commitment to corporate citizenship. Despite the depredations of this era being directly attributable to the irrational exuberance of the Celtic Tiger period and lapses in financial regulation, Ireland post-2008 is marked by a radical forgetfulness and defined by ‘Shock Doctrine’ regulatory policies that have installed corporatism at the heart of everyday life. Key features of this landscape include ongoing governmental facilitation of tax avoidance by multinational corporations, the hollowing out of public services, the normalization of under-employment and a burgeoning housing crisis. We show here how the popular images and narratives of the period index a shift toward corporate impregnability and a public culture in which individuals absorb greater risk and take up positions of heightened precarity

One firm, two countries, one workplace model? The case of Foxconn’s internationalisation – Rutvica Andrijasevic, Devi Sacchetto, Ngai Pun, – insight into the employment relations in China-based multinational companies internationalising to Europe, a still relatively unexplored topic. We investigate the transfer of work and employment practices from Foxconn’s manufacturing headquarters in mainland China to its subsidiaries in Czechia and the factors that influence the firm’s internationalisation of production – (PDF)

Glossy 101: How fashion brands are rethinking influencer marketing – Glossy – when brands work with micro-influencers, they’re paying less to work with people who tend to have a more engaged audience. A report from The Wall Street Journal estimated the micro tier charges between $400 and $2,000 per post, while higher tiers will charge anywhere between $10,000 and $150,000. It should be a win-win. However, by adding more people to the mix, brands are setting themselves up for a lot more work

BT unveils biggest brand campaign in 20 years – created by Saatchi & Saatchi, the ad begins with a schoolgirl reciting Charles Dickens’ classic opening from A Tale of Two Cities as she walks through the dreary British streets. Set to Blinded by Your Grace, Pt 2 by Stormzy, it goes on to showcase Britain’s technological advances over the past few decades, from CCTV and Tube advancements to the emergence of broadband – is it just me or this or is this exceptionally dark. CCTV!

Cathay Pacific Calls On PR Firm Edelman To Help Plot Revival | Holmes Report – thankless task for Edelman, short of a takeover by Air China nothing is going to stop the China government pressure. It might slow it down but it won’t stop it. Swire needs to extract itself from China

Don’t Let Metrics Critics Undermine Your Business | MIT Sloan Review – those lucky employees who haven’t been automated into professional obsolescence instead find themselves enduring what economic historian Jerry Z. Muller calls the “tyranny of metrics.” Numbers rule their workplace lives, and there’s no escape. “The problem is not measurement,” Muller declares, “but excessive measurement and inappropriate measurement — not metrics, but metric fixation.” “Don’t Let Metrics Undermine Your Business,” warns Harvard Business Review’s September-October 2019 cover story: “Strategy is abstract by definition, but metrics give strategy form, allowing our minds to grasp it more readily. … The mental tendency to replace strategy with metrics can destroy company value.”

Reliance on Louis Koo’s Box Office Power Highlights Challenges in Hong Kong Industry | JayneStars.com – to be honest this has been coming for years. There are few Hong Kong male stars below the age of 50. It saddens me having grown up on Hong Kong cinema and knowing the richness of creativity in the city

Hey – it could’ve been Regina Ip! | Big Lychee, Various Sectors – it seems Hong Kong officials use Reuters as their preferred conduit for leaks (or ‘scoops’ as media folk call them), while their Mainland counterparts prefer the Financial Times. The latter today reveals (paywall, etc, possibly) that Beijing will eject Chief Executive Carrie Lam, maybe in March, after things have ‘stabilized’ ha ha

Six Chinese men jailed for a hit job that was subcontracted five times – Inkstone – Pi Yijun, a criminal justice professor at the China University of Political Science and Law in Beijing, said the case reflected strong distaste towards litigation in Chinese culture. “People are not willing to go through the legal channel,” Pi told Inkstone. “Whenever they encounter disputes, they try to solve it privately, mediating through personal connections or taking the law into their own hands.” – Caveat Emptor

AI Weekly: In China, you can no longer buy a smartphone without a face scan | VentureBeat – there’ll be a good market in stolen phones then

Ren Zhengfei: HongMeng is capable but will not replace Android | Gizchina – translation – we aspire to displace Android and become more profitable but our OS isn’t up to snuff for westerners

Andy Kessler: WSJ: Tech Treadmill Wears Firms Out – Max Hopper’s “Rattling SABRE—New Ways to Compete on Information,” and finally in 2013 we got Rita Gunther McGrath’s “The End of Competitive Advantage.” Each of these takes describes a different stage in the life cycle of corporate tech. Hopper was, as Harvard professor James Cash noted, “the first person who really defined the marketing leverage that could come from using technology.” In the late 1950s Hopper helped build Sabre, an automated flight-reservation system, and in 1981 he helped design the first major frequent-flier program to give American Airlines a competitive “AAdvantage.” Yet by 1990 he worried that the game was over, suggesting that technology was “table stakes for competition.” Hopper noted that “SABRE’s real importance to American Airlines was that it prevented an erosion of market share.” That insight comes to mind watching the Streaming War of 2019. Netflix and Amazon have a huge lead in streaming video. But eventually everyone uses the same technology. Tim Cook wants in, so Apple TV+ launches Nov. 1 with (probably overpaid) Jennifer Aniston and Reese Witherspoon. Robert Iger wants in, and Disney paid (probably too much) for control of BAMTech, the streaming-video technology developed by Major League Baseball, which it is deploying for streaming services Disney+, ESPN+ and Hulu + Live TV. AT&T wants in and paid (again likely too much) for Time Warner to create HBO Max. NBCUniversal wants in too. See the trend? Google ought to rename its streaming service YouTube TV Max+

Are Publicis’ problems reflective of a wider market malaise? | Advertising | Campaign Asia – By placing Publicis on top of Saatchi & Saatchi, Leo Burnett and Bartle Bogle Hegarty, they have destroyed those storied brands. By putting Publicis Sapient on top of LBi, Digitas, Rosetta and Razorfish, they have killed their digital brands too. As a result, now they are saying they have to transform the transformers – I agree that brands have been affected, but I’d also argue that the flight away from craft to disruption has also been probelmatic

Martin Sorrell: Group M alone is worth as much as WPP’s stock market value | Campaign Asia – in the face of Facebook, Google and Amazon advertising in the west and Baidu, Alibaba and Tencent advertising in China is Group M really worth the whole of WPP alone? There is also the aspect that Group M has been crying disruption, disruption and screwing its own business

Louis Vuitton Has a Factory in Texas Now, Marking its Third in the U.S. — The Fashion Law – LVMH – which is trudging ahead and abroad and “increasingly letting industrial logic and geopolitics govern supply-chain decisions,” per Dalton, while competitors, “such as Gucci, Hermès and Chanel have kept most [of their] production in Italy and France” – this is just business. And considering that LVMH’s Fashion & Leather Goods division, alone, brought in $15.8 billion in sales in the first 9 months of the year– with the group as a whole reporting revenues of $42.14 billion for the same period